Only Bad Catholics Go to Hell? 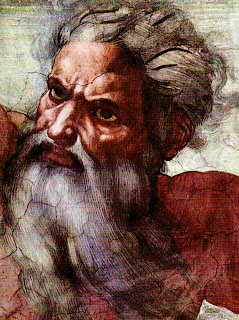 That’s one possible consequence of the doctrine of invincible ignorance we were discussing yesterday.  If I can’t blaspheme or reject God’s perfect love without knowing it (in the connaitre, not savoir sense — thanks KL), presumably the only people who can actually damn themselves are properly-catechized Christians, who know God and still turn away.  Except that leads us back into contradiction, since to know God is to love God is to obey God.

I can think of three ways to resolve this paradox.

Atheism has an easy answer: No God = no paradox.  No one is saved, no one is damned and the inconsistencies and contradictions that have built up in soteriology are proof it’s not divine writ.  And isn’t it awfully convenient that our understanding of who may be saved has expanded at roughly the same rate (plus a lag term) as our understanding of other people as fully human has changed?

But if your basis for believing in God is stronger than this objection, there still must be some coherent synthesis.  The simplest possibility is universalism.  Everyone does the best they can and whether they get the chance to seek and know God after death a la The Great Divorce or what have you, somehow everyone gets saved.  Despite the fairly persuasive writing of Richard Beck, this hypothesis still seems badly out of sync with the teachings of most Christian sects for most of history.  Isn’t that a little suspicious?

If some people are going to end up damned, maybe it’s because they failed to follow the moral law written on the hearts of men.  Since I’m an atheist who believes in absolute morality that is at least semi-accessible, this seems plausible, but there are difficulties.  Whether you’re Phineas Gage or a good person making an impossible choice, or someone who couldn’t transcend the morality of the age, you can end up doing bad things without culpability or at least the kind of culpability that would be needed to damn you justly.  And don’t Christians expect that, because of original sin, no one is whole enough to follow the law on their own?

I’m obviously in camp one: atheism, but it I were a Christian I’m pretty sure I would have to go with Universalism.  Which do you believe and why?  Have I left an answer out?