Can I have this fight productively?

Before you read the below: I’m writing about the difficulties of arguing online with people with whom you really disagree, so I want to mention a rule I’ve tried to adopt when I read an aggravating post. Try to read something else that person has written (preferably substantial) before you respond to the point that irked you, so you’ve got more accurate sense of their beliefs (the better to engage with productively) and your experience of them isn’t solely confined to them-as-antagonist (the better to act with a little human dignity). In that vein, here’s the link to the conversion story essay of the blogger who set me off below.

The other day, I got sent a link to a post on Accepting Abundance (the blog of a Catholic convert and former chemist) that had me in full on someone-is-WRONG-on-the-internet, bashing-my-head-into-walls mode. Stacy had written a post expressing frustration that she couldn’t take her kids to the park without running into same sex couples, to the point where she feels under assault when she leaves the house. Let me pull her first paragraph:

The same people who say I shouldn’t impose my morality on them, are imposing immorality on me and my children to the point that I literally have a hard time even leaving my home anymore to do something as simple as visit the park. And this is freedom?

I disagree with her on a couple of levels (morality of homosexuality, the extent to which a conservative minority can legitimately expect others to respect their strictures, etc), but I’ve been stuck trying to come up with a constructive way to respond and I’d be interested in the thoughts of readers on either side (advice from people who agree with me, cautions from those on Stacy’s side). What I suspect is that this is impossible to do at all over the internet, but I’m open to being convinced otherwise.

Here’s the problem: I think Stacy and I start way too far apart to be able to talk constructively without a decent amount of trust that the other person is engaging in good faith. To stick with a difficult argument with someone on the other side, it’s a big help if you know them personally and respect their judgment on enough other problems that it feels a little strange that you disagree here. These are the circumstances in which I’ve had the most productive conversations with people I deeply disagree with, and neither of them are present when I take issue with a blog post. (Not to mention that long, complex discussions are best done in person, where it’s easier to smooth over misunderstandings and ought to be held over pizza). 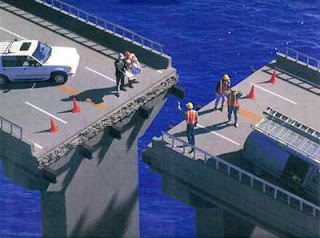 The gulf between us feels a bit like the kind of conceptual gap Eliezer Yudkowsky is trying to bridge in his Archimedes’s Chronophone thought experiment. In this hypothetical, you can talk to Archimedes and try and provide him with information that will improve his civilization, but you can’t say anything too anachronistic for him to understand. To wit:

You cannot suggest, for example, that women should have the vote. Maybe you could persuade Archimedes of Syracuse of the issue, and maybe not; but it is a moot point, the chronophone will not transmit the advice. Or rather, it will transmit the advice, but it will come out as: “Install a tyrant of great personal virtue, such as Hiero II, under whose rule Syracuse experienced fifty years of peace and prosperity.” That’s how the chronophone avoids transmitting overly anachronistic information – it transmits cognitive strategies rather than words. If you follow the policy of “Check my brain’s memory to see what my contemporary culture recommends as a wise form of political organization”, what comes out of the chronophone is the result of Archimedes following the same policy of looking up in his brain what his era lauds as a wise form of political organization.

In other words, my conversation breaks down if I abstract it out to “Parents have a duty to protect their children from baleful influences” or even “Everyone has a right/duty to inject themselves into the public conversation about morality.” We agree on the cognitive strategy, in Yudkowsky’s phrasing, but we differ enough about the facts on the ground that Stacy thinks her children should be shielded from me, an out bisexual, and I fear for the children raised in a culture that sees my existence as an existential threat.

If I don’t know how to resolve the situation, I think I can spot the least-good outcome. It’s the one where Stacy does retreat to her house and possibly withdraws from her blog because of the magnitude of the threat she perceives. There were a couple semi-serious posts by Catholic commenters who wished they could retreat to a Catholic ghetto. Ideological homogenous communities frighten me. They have a tendency to calcify, they cut the people in them off from outside critiques or questions, and, in the event that the group is in the right, they cut off the rest of the world from a hard but true teaching. Everyone is poorly served. These communities are not hypothetical. It’s essential to find a way of not cutting people (and their children!) off from the public square. Part of that requires that, although we may be repulsed and/or frightened by the opinions of others, we don’t question their right to try and persuade others. 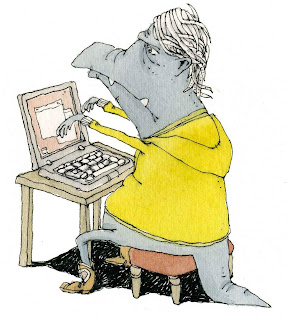 Finally, I do think the whole thing is another good case study in why nastiness, scorn, and crudity is a terrible engagement strategy. The pro-gay commenters who cursed at Stacy and the ones who sent her messages telling her they hoped she’d die didn’t buy some strategic victory for the price of suppressing their compassion and regard for another human being. Stacy’s followup makes it clear that she, like many Christians, welcomes the opportunity to suffer for her faith.  What those commenters did do was to feed into the stereotype of atheists online and off as vulgar Furies. For people who are enmeshed in Christian culture and community, the internet may be the main place they come into contact with atheists, and this kind of response doesn’t create the impression that atheists are good without God (cf Gilbert’s comment about being reinforced in his Christianity by the tone of atheist fora).  If no one has a likely strategy for doing good, we might be best off passing over in silence or just leaving a polite comment noting our disagreement.

One last note: After a whole post about trying to have productive internet discussion, I didn’t want to leave Stacy without a right of response, so I’ve emailed her to invite comment. However, I can see she’s been inundated by responses, so don’t interpret silence as a refusal to engage.

August 31, 2011 When to Walk Away from a Fight
Recent Comments
149 Comments | Leave a Comment
Browse Our Archives
Follow Us!