When to Walk Away from a Fight

When to Walk Away from a Fight August 31, 2011 Leah Libresco 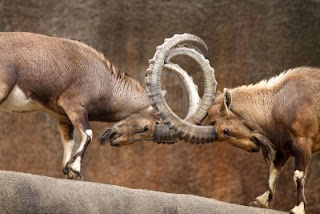 Followup: I’ve started a civil email conversation with Stacy of Accepting Abundance, and I’m hoping the answer to the title of yesterday’s post (“Can I have this fight productively?“) could be yes.  But if I end up blogging about our discussion, I’d like to do some civility housekeeping first.  So here goes…

I am really bad at walking away from a fight.  In college, there were several people I had a tendency to end up in long, LONG arguments with and, even if I had work I needed to do, was going to be late to an appointment, or was up way past my bedtime the night before 8:30 am glassblowing class (which usually resulted in burns), I didn’t disengage.  I couldn’t shake the feeling that leaving was losing, even if I’d given up on having a productive conversation and the argument had hit a loop.

I don’t know exactly what I imagined, that my friend would email everyone the next and say “I was having an argument with Leah about whether Sondheim’s Assassins falls short in its representations of women and then at  2am she went to bed! What a coward.  Anyway, long story short, I won and we should all think less of her.”

Obviously, this never happened and was never likely to happen, but although I’ve described this problem in the past tense, I still fall into this trap more often than I’d like.  Knowing I do it, and visualizing the ridiculous scenario I was trying to avoid helps me do better.

Now, I know it’s different having an argument with a friend or a classmate than with pseudonym on the internet.  Your interlocutor is likely to do exactly what would be bizarre in the real world: trumpet your silence as concession.  After reading through comment sections for the last few posts (including one that went after bad behavior in comments) I still want to urge you guys to think about backing down some of the time.

Basically, if you’ve reached the point where you’re commenting primarily so that you won’t be the first one to disengage.  STOP.  This can apply even if you’re still providing reasonable critiques of someone behaving trollishly.  Not every bad argument needs an answer; crazy can be its own rebuttal.  More commonly, both sides have thrown away the chance to engage each other several posts ago but haven’t stopped talking about how much they hate each other.  I don’t have to look back very far to find an example:

No, I enjoy using guys like Crazy Fred (and young Gilbert and little Brian around here) to publicly illustrate mental pathology. They, alas, often find the experience less than enjoyable

I’m not attributing the quote here, because I don’t have a single problem commenter or even a bunch of commenters who tend to behave badly.  There’s just a common tendency to keep talking about an argument and about opponents after we’ve exhausted the argument.  When all you’ve got left to say is that you can’t talk to someone, just don’t talk to them.  It’s cool.  I can’t promise anything on behalf of the other commenters, but I will not email all of our friends to complain.

August 30, 2011
Can I have this fight productively?
Next Post

September 1, 2011 7 Quick Vid Takes (9/2/11)
Recent Comments
103 Comments | Leave a Comment
Browse Our Archives
get the latest from
Catholic
Sign up for our newsletter
POPULAR AT PATHEOS Catholic
1