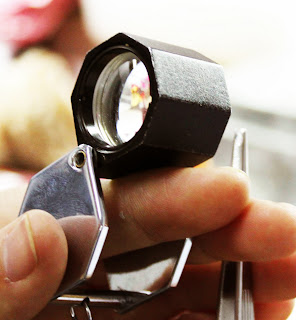 Atheist to Catholic convert Jenifer Fulwiler has added a new zeroth step (“You Must be Willing to Lose it All”) to her five-part plan for seeking God, and it gave me the heebie-jeebies. Here’s how Jen summed it up:

Here’s a rough analogy: Let’s say that a woman was seeking God, and she came across a belief system that taught that it’s morally wrong to own a car; something about car ownership, they said, was contrary to God’s nature, and therefore objectively wrong. Naturally, her first reaction was, “That’s absurd!” But then she found a lot of other reasonable stuff in the belief system, so she took another look at that crazy car teaching. To her surprise, it ended up being not as unreasonable as she’d initially thought; in fact, she had to admit that some of the defenses she read really got her thinking.

But in the back of her mind there was always this voice that said, I CAN’T LIVE WITHOUT A CAR! There was no way. She even thought through it a couple of times: She needed it to run errands, her husband needed his car for work. And she couldn’t just take the kids out of all their activities. Nope. The life that she had carefully crafted would completely fall apart if she gave up having a car.

As you can imagine, this line of thinking would bring her investigation into the anti-car belief system to an end… there is no way that she is going to accept the belief system that includes the teaching against cars, even if her rational mind believes that it’s true…unless she’s willing to let go of her car, and therefore her entire lifestyle.

The first time I read the post, I headdesked and chalked it up as another example of a religion making impossible to satisfy demands and then turning the blame on the seeker. Still an atheist? Well, I guess you didn’t read enough books or were too weak to give up your attachment to sin. Not to mention that this kind of distrust of yourself makes you an easy target for cults and con-artists.

Then I read it again and noticed it wasn’t that dissimilar to the Litany of Tarski:

And liking this idea only when it’s cited by my team is a red flag and a good reminder to keep a better eye on my biases. So where’s the error?

The call to be careful of your biases and presuppositions has a free variable. To be of any use, it needs to have some heuristic for identifying our own bias to be plugged in. Otherwise, it cautions us without telling us what to watch out for; the unbound formulation supports every worldview, ultimately providing evidence for none.

So, what ought to be added in? It probably comes back to making sure those long-held beliefs pay rent. To go back to Jen’s example, no one values a car for the car’s sake alone. A car is a useful way to get a hold of some good (maybe decreased transit time, maybe flexibility of schedule), which itself is seen as valuable because it plays a part in some hierarchy of needs and goods (maybe the woman needs time to raise her children, maybe she values the autonomy and choice the car provides).

If you want to get a person to give up the car, you need to break a link in this chain of values. Stick to the practical and explain how a different means could better serve her end or go for broke and try to show her that she’s wrong to value something farther up the chain. But don’t forget that there’s already evidence on the table: the fact that the car currently does a good job of sustaining her. That sets up a higher bar for the anti-car proposition, even if it has shown itself on other occasions to be a good truth-telling thing in the Chestertonian mold. And an institution only wins the benefit of the doubt by making a lot of beliefs that have paid rent in the past. 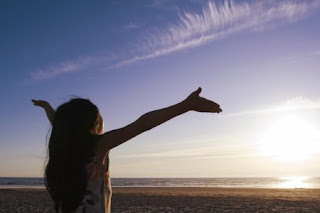 Ultimately, I might not disagree with Jen at all in theory (I’m open to metaphysical backsliding), but this post needed a discussion of praxis. Talk about how institutions or theories earn trust and how you can spot that you’re withholding a belief from scrutiny. Yudkowsky earns trust (and his ideas are easier to adopt) because he frequently links back to ways to apply his aphorisms. Without that kind of depth, a post like this sounds like it’s asking me to keep a mind open enough for my brain to fall out.