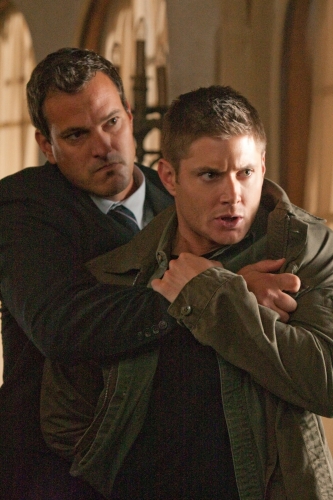 If someone has made up their mind to do something evil, is there any benefit to them if someone else prevents them from carrying out their intended action? The hypothetical doesn’t need to be as extreme as the examples of the last few days, where someone else commits the evil act preemptively to prevent you from managing it. Imagine instead someone swapping out PZ Myers’s consecrated wafer with an unconsecrated wafer before he desecrated it, or just stealing it back from him altogether.

Virtue ethics (my usual framework) suggest that nothing much is achieved for the perpetrator. Once you’ve psyched yourself up to do a bad thing and overridden your qualms, the damage to your character has been done; carrying out the crime isn’t marginally worse for your soul. I think Catholic moral teaching might come to the same conclusion, since the moral actor has already given deliberate and complete consent to the act based on full knowledge of the gravity of the act.

But my philosophical intuitions don’t quite jibe with that conclusion. I suspect that a lot of the time, we end up surprised by the gravity of what we’ve done – that people rarely give manage deliberate and complete consent based on full knowledge. After all, how could you? If you could see your choice clearly, wouldn’t you be compelled to choose rightly? No one can correctly withhold assent from the belief that the Pythagorean theorem is a true; the only way you can end up opposing it is by being misinformed. Is understanding the gravity of evil and then consenting to it a similarly impossible act?

You can see the whole problem nicely summed up in two articles by Orson Scott Card, who apparently uses Socratic dialogues to settle fights between his children. Neither child really intends the harm they do, and once they’re given some space away from the fight, they can both see that the actions they took were badly out of sync with their goals. But during the fight, they couldn’t think clearly enough to stop.

This lack of full consent doesn’t give people a pass on culpability for their actions. If we stumble into grave evil through carelessness, thoughtlessness, impulsiveness, or ignorance, then there’s a pretty serious moral imperative to do due diligence and train up your will and moral sense. In this framework, it does seem possible that committing an immoral act has a pretty significant knock-on effect compared to just intending to commit the act. Once you’ve surprised yourself with sin, it’s easy to imagine sinking into despair or imagining yourself as unredeemable, or simply becoming even more careless with moral assessments because it’s become shameful to think about your choices.

That does being me all the way back around to sin-eating. The difference between to two people in the Harry Potter-spoiler example is that one seems more aware of the terrible cost and burden of what he is called to do.  The professor is more likely to be approaching the immoral act with the appropriate levels of mournfulness and revulsion than his student. All things being equal, someone who can clearly see and abjure what s/he’s done seems closer to repentance than someone who goes into a protective shock, unable to acknowledge what happened.

November 16, 2011 Not Even if it's the Right Thing to Do
Recent Comments
76 Comments | Leave a Comment
"On that note... I recommend every Catholic and Christian have that post a read. Click ..."
Oktavian Zamoyski Effective Altruism and Caritas [Radio Readings]
"I think too many people have grandiose and unnatural ideas about charity. It becomes a ..."
Oktavian Zamoyski Effective Altruism and Caritas [Radio Readings]
"Jesus wasn’t resurrected as a great miracle simply in order to convince people to believe ..."
John The Two-Lazarus Problem
"The cartoon is amusing, but flawed. One of the four virtues of Stoicism is Justice; ..."
Vulpes Inculta 7QT: Stoicism Man, Semi-Imaginary Money, and ..."
Browse Our Archives
Related posts from Unequally Yoked