More on the Damnably Foolish Virgins 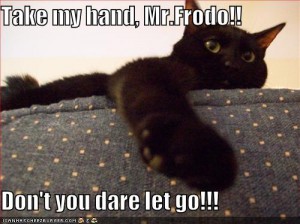 UPDATE: there are Harry Potter spoilers in the comments section.  If this is a problem for you, don’t read my reply to Christian H or anything that follows.

Thanks a lot to everyone who weighed in with exegesis of the parable of the ten virgins.  More perpectives and references are quite welcome.  Several people said it was impossible (physically and metaphorically) for the wise virgins to save the foolhardy ones; no mortal can fully redeem another person.  A number of people took this as a jumping off point to talk about the limits of self-sacrifice.  dbp thought the lesson might be:

People should always, first and foremost, be concerned with maintaining their own holiness, even if it comes at the cost of not trying to make others more holy.

This is a very interesting proposition, and summons up for me both C.S. Lewis’s The Great Divorce and the semi-pagan tradition of sin-eaters.  In Lewis’s meditiation on Heaven and Hell, he tries to explain how the saved can be perfectly happy, even while their loved ones remain in hell. In the chapter of the Lady, the Dwarf, and the Tragedian, a saintly woman rebukes the shade of her earthly lover:

Stop it. Stop… using pity, other people’s pity, in the wrong way. Pity was meant to be a spur that drives joy to help misery. But it can be used the wrong way round. It can be used for a kind of blackmailing. Those who choose misery can hold joy up to ransom, by pity…

Did you think joy was created to live always under that threat? Always defenceless against those who would rather be miserable than have their self-will crossed? …You made yourself really wretched. That you can still do. But you can no longer communicate your wretchedness. Everything becomes more and more itself. Here is joy that cannot be shaken. Our light can swallow up your darkness: but your darkness cannot now infect our light. No, no, no. Come to us. We will not go to you.

So perhaps the idea here is that the wise virgins are incapable of compromising their light for the sake of those who were unprepared, because the unrighteous are not permitted to endanger the joy of the righteous.  Lewis presents a much stronger formulation of this idea: in heaven, it is impossible for the foolish to diminish the wise.  On earth, and in the parable, the principle seems closer to the lifeguard rule: you can’t put yourself in serious danger to save a drowning person.

It’s the exact opposite of the 19th century tradition of sin-eaters in England and Wales.  Sin-eaters took on the burden of a dying person’s sins by eating a crust of bread that was passed to them over the body, readying the patient for heaven.  The practice died out (and was never officially sanctioned) but you can spot it’s modern analogues anytime someone talks about “having the courage to get our hands dirty.”  It’s the spirit of a revolutionary who seeks to bring about a new world that would abhor the things he did to achieve it.

It’s easy to reject these choices in the abstract, but if you took personal purity as the highest good, it’s hard to avoid becoming a hermit.  At the very least, I imagine rejecting sin-eating might make it hard to sustain any kind of Christian Just War theory.  How could preserving the physical and temporal well-being of yourself and others trump the danger of training yourself to look at another human through gunsights?

What kind of schema do you use to decide when you’re getting in too deep?  I tend to use pretty parsimonious weighting (after all, one of the perils of being an atheist is that there’s no supernatural force to heal you when you break).  For Christians, does your faith lead you to be more reckless/profligate/trusting when it looks like helping someone else out of the hole could endanger your soul?

November 8, 2011
The Damnation of the Foolish Virgins
Next Post

November 10, 2011 Gonna Get on this Hobby Horse and Ride
Recent Comments
103 Comments | Leave a Comment
Browse Our Archives
Related posts from Unequally Yoked