Harry Potter Spoilers and Ethical Quandaries in this Post 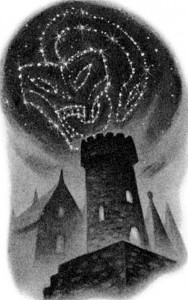 I’d like to expand the discussion on taking on the burden of someone else’s sin that was taking place in one of the foolish virgins threads.  The example I’m using is the major spoiler from Harry Potter and the Half Blood Prince, so if you haven’t read it, don’t already know, and don’t want to, I’m sorry to say you should skip the post.  (That’s what you get for not going to the midnight release).  Spoilers ahoy!

Ok, so everyone who’s still here knows exactly what I’m talking about: the moment where Snape kills Dumbledore.  I’m going to leave the practical concerns of wandlore out of this discussion since it’s mostly irrelevant (and was mostly ridiculous).  On the top of the Astronomy Tower, Snape kills Dumbledore, as he had promised, to save Draco.  In the book, it is not completely clear whether Snape is meant only to save Draco from Voldemort’s punishment if he fails or whether he is meant to keep Draco from becoming a murderer.

Commenters seemed split on this could be an acceptable cause for action; whether Snape could justifiably do something bad to keep someone else from wounding their soul.  I was surprised by this reaction, because there’s a strong norm of self-sacrifice when all that’s being sacrificed is the physical.  Even if we don’t demand that parents be willing to take a bullet for their children, that tends to be what our ideal parent or lover would do.  In 1984, wishing that you could push your suffering off onto a loved one is the supreme act of betrayal–not just of the beloved, but also of the self.

But the moral calculus shifts when the cost is mutilating the soul, rather than the body.  It’s strange.  If we thought the moral sacrifice was much more serious, wouldn’t we praise it even more than a physical sacrifice?  The fact that most of you disagree makes me think we’re not putting these two kinds of sacrifice on the same spectrum.

Why is that?  I’ll be delighted if it turns out you’re all virtue ethicist, crypto-gnostics like me (ok, so I’m not all that crypto), but since many of you have taken issue with both those schools of thought, I’d like you to tell me what’s backstopping your moral intuition.  Why should we want to accept the physical harm done to others, but not take on the moral dangers to spare them?  Do you want to change your answer to the original question about whether we should praise people for accepting the physical harm meant for others? Is all damage fungible, and, if not, where should it be directed?

November 10, 2011
Gonna Get on this Hobby Horse and Ride
Next Post

November 15, 2011 Assenting to Sin
Recent Comments
115 Comments | Leave a Comment
"Jesus wasn’t resurrected as a great miracle simply in order to convince people to believe ..."
John The Two-Lazarus Problem
"The cartoon is amusing, but flawed. One of the four virtues of Stoicism is Justice; ..."
Vulpes Inculta 7QT: Stoicism Man, Semi-Imaginary Money, and ..."
"Do You Know what isn't Fair? Calling Atheism a Religion. Or saying Dawkins is a ..."
skwills Who Gets to Give the Courtier’s ..."
"Oh! And you can get there via Naval Gazing.(probably not by Navel Gazing...)"
TheSparksFlyUpward Too Sucky To Be True
Browse Our Archives
get the latest from
Catholic
Sign up for our newsletter
POPULAR AT PATHEOS Catholic
1