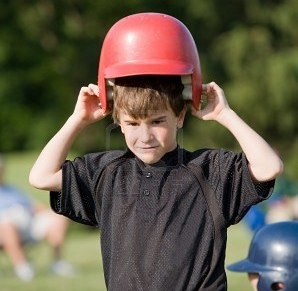 I really appreciate all the warm messages of support that I’m getting in the announcement post from this morning, but I’m concerned that the critical comments are going to get buried, so I’m using this post to highlight the ones I’ve responded to so far.  If I haven’t gotten to yours yet, and still haven’t in a few days, feel free to still ping and remind me.  I may be waiting because I’ve got a post lined up that responds to your comment or I may have just lost track of it.

You know I’m a pugilist at heart, so please understand that I appreciate argumentative comments at least as much as I do messages of support. If you want to pick a fight with someone, you have to respect them, if not flat out love them, and think that they’re capable of responding to reason. So many thanks and just make sure you’re specific enough with critiques to give me something to bite into.

The person’s name links to their comment, which I’ve blockquoted or excerpted here.  My replies are below them at the links. Oh, and I’m only throwing links in here if I tried to write something at least a little substantive, so nothing that’s just a “I’ll get to this later” in this list.

…is this a troll? I feel like the post-”Turing” timing is too suspicious for this to be legit. Also, c’mon – “I guess Morality just loves me or something”? Really?

I dunno – I’m calling troll until I see definitive evidence one way or the other.

“where does morality come from?”

It comes from the human desire to live…. well.

Consider the fact that morality does not have to come from “above” or have to be engrained in the webbing of physics to be reasonable, useful and good. Granting the foundation of morality in any god puts you at great risk of defeating the purpose of it all when you are told to do something that clearly goes against the point of living, on this planet in this only life…. well.

I always wonder how non-religious people took the leap away from rationality and embraced religion, I guess this is as good an example as any.

It’s a shame you didn’t re-examine your first principles when the result is engagement with a personal god, i.e. virtue ethics is a really poor choice in both pragmatic terms and in logic; even if there is an objective morality (there isn’t) it doesn’t even begin to suggest a deity; even if there is a deity there is no evidence it cares for humans; even if a deity cares for humanity there is no evidence it resembles anything as muddled as the god of Catholicism.

Perhaps you’ll revisit those ideas at some stage and realise your conclusions are so far from rational it’s unbelievable, but I think you always wanted to fall under the spell of religion (esp. Catholicism) you just couldn’t find a reason to justify it to yourself, but now you have. I hope it makes you happy.

PS. In a world of virtue ethics, where objective morality comes from god, surely the very concept of hell rules out the god of Catholicism?

So what if morality is not a universal thing? What is its only something we construct within our societies. I think the historical evidence is pretty strong for that hypothesis seeing how there are wide differences in what different cultures consider moral once you get away from the big ones (ex: is it ok to kill?). Even on the big ones, that is not very universal since in many cultures the taboo against killing only extended to members of the group and not to outsiders. I think you can also look at how morality in western society has changed over time to show that there is not a universal morality since if there was it would be unchanging. I dont see how the question of where do moral come from leads you to a god much less a specific branch of christianity, but I suppose if that path brings you happiness then enjoy the journey, just dont stop questioning.

Oh, this is sad news Especially the analogy to mathematics: it’s just something we made up that sometimes turns out to be useful. Why couldn’t the same be true of morality? It’s something we make up that’s useful in running our societies.

Leah —
I found this to be really fascinating to read. For me, it was utterly unexpected, even though I’ve been following your blog for a while. I would have to say that I disagree with you for a variety of reasons, but it’s fascinating to see a conversion in action. You’ve probably wrestled with yourself over this tremendously, but I would wonder if you had considered a few things:
1. This appears to be a God-of-the-Gaps type explanation. Even if we really could not explain the origins of morality, why would that force us into accepting the existence of a magical being of some kind?
2. Why Catholicism and not some kind of virtue ethic deism? It seems awfully convenient that the religion of your immediate culture is the one which you chose. It’s not obvious (to me, anyway) why any of this would have anything to do with Jesus, the Pope, or any of those kinds of things. It seems that the most you could claim is that Morality is a Person and therefore some vague sort of god exists.
3. How do you deal with the Euthyphro Dilemma?

Check back for updates throughout the day!

June 18, 2012 Responding to the "What are you thinking?" comments
Recent Comments
214 Comments | Leave a Comment
"Despite the differences in level, it's still an excellent manga.pt.2632W.US/U5573xM"
Pilzkeks Dissecting the Catholic Vote for FiveThirtyEight
"Omg is that nathanlil Or whatever the ml name is?"
Parzivall I’m keynoting at a Con for ..."
"Lol. Then why did you argue that she agreed to an exchange? If she had ..."
Manmaker Lenten disciplines draw on our weakness, ..."
"What the bell inu x book all this time I was trying mina x goku ..."
MemeMan Books on deck for me for ..."
Browse Our Archives
Related posts from Unequally Yoked