The (Epistemic) Floor is Made of Lava 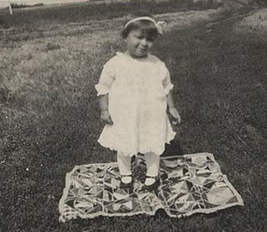 I’ve been trying to be dilligent about following the trackbacks to people who have been discussing or critiquing my conversion post, and I found one I have to share.  Scott is linking in the context of a broader discussion about philosophy and the fundamental strangeness of finding really smart people who hold to improbable beliefs that you don’t share.  He pretty much took the words right out of my mouth.  This is probably an egregious amount of blockquoting, and I apologize to Scott, but I just like it so much I couldn’t help myself. Plus I’m pretty sure this can only whet your appetite to click through and read the whole thing.

I’m sure I’m not the first person to think of this; in fact, I’m sure this isn’t even the first time I’m thinking about this, but there have to be local maxima of coherence in ideaspace well away from the global maximum. That is, maybe in reality Islam and deontology and liberalism are true, but if you believe Buddhism and consequentialism and conservativism are true, then changing any one of those beliefs produces a paradox or seems obviously wrong. Leah, the atheist blogger who converted to Catholicism, lampshaded this when she said :

“Based on my in-person arguments to date, it seems like most of my atheist friends disagree two or three steps back from my deciding Morality is actually God. They usually diverge back around the bit where I assert morality, like math, is objective and independent of humans. As one of my friends said, “Well, I guess if I were a weird quasi-Platonist virtue ethicist, this would probably convince me”

That raises the disturbing possibility that I and a conservative Catholic might be equally smart, know all the same arguments, and just have ended up at two different local maxima. And that we may both be totally justified in rejecting all individual arguments against our positions, while the only genuinely convincing argument – the entire worldview of the other person – is too complicated to fit in our brains at once.

This was a big concern for me, too (on both sides of belief).  And it’s part of the answer to the “Why Catholic?” question that people want me to tackle.  I ended up pretty confident (for reasons that I’ll flesh out in other posts) that both atheism and Catholicism were local maxima in exactly the way Scott describes.  This is also the precis of why I didn’t just pick a nice religion like Deism or UU or certain Protestantism, as some commenters have asked.  I didn’t think they seemed coherent and consistent enough.

So a lot of what I’ve been doing for the past, oh, let’s say six months, is thinking about when you should try to jump from one optima to another.  Or, put another way, if you have two plausible descriptions of the world, how do you check which world you’re living in?  When both sides have access to the same data, they’re going to come up with explanations and theories that are at least reasonable sounding on the surface, so you end up admiring the way the other peak is constructed with little idea if it’s true.

It’s pretty hard to come up with good tests to distinguish between local explanatory optima in high-level physics physics (funding is not the only barrier to checking if we live in a multiverse), and it’s at least as hard to create good Popperian tests of locally optimal metaphysical explanations.

I was trying to be epistemologically conservative, so I wasn’t going to be convinced by Catholicism just explaining something that different flavors of atheism hadn’t yet addressed.  Atheism hasn’t been working on these problems for as long, so the tools just might not be available to us yet.  I was looking for something that needed an explanation that atheism probably couldn’t address or denied needed an explanation at all.  And then I leapt from peak to peak.

There is a Chesterton quote that seems apropos, though I guess now it’s more hackneyed for me to quote him.  From Orthodoxy:

June 20, 2012 2012 Ideological Turing Test [Index Post]
Recent Comments
332 Comments | Leave a Comment
Browse Our Archives
get the latest from
Catholic
Sign up for our newsletter
POPULAR AT PATHEOS Catholic
1

The Dangers Coming From the 2021...
A Little Bit of Nothing
Related posts from Unequally Yoked