Ending with a clinch, not a child [Sondheim]

Ending with a clinch, not a child [Sondheim] August 14, 2012 Leah Libresco

This post is part of a symposium on Stephen Sondheim’s Company. 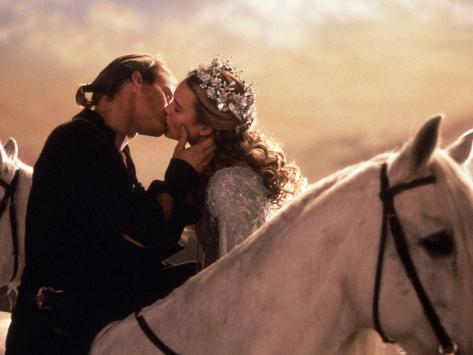 I really enjoyed Gilbert’s post on the absence of children in a musical about marriage.  This isn’t a problem unique to Company, but I think it’s more noticable these because Company seems like it’s intended to say more about marriage.

In most romances, the catharsis comes with a clinch, not a child.  The couple run at each other in slow motion, the music swells, and the pair lock lips.  Sometimes the camera will swoop out, and show all the bustling activity of the airport or city street or whatnot, and the couple stands out as the single still point, allowing all other human activity to pass by them unnoticed.

If I didn’t believe in you
I couldn’t have stood before all of our friends
And said, “This is the life I choose-
This is the thing I can’t bear to lose
Trip us or trap us, but we refuse to fall”

I’m 23 and single, so I’m speculating, but I think the way you have to remake yourself to be part of a romantic relationship is different than the way you have to accommodate a child, who didn’t sign on as a partner in this whole thing.  A child breaks you out of the two-people-entranced-by-each-other mold.

Part of the problem seems to be the existence of YA romance.  Obviously something pitched to teens can’t end with a new family or even all that many new responsibilities.  These stories have to get their resolution from a kiss.  And most romantic comedies (minus the sex scenes, or not) seem like they could be transposed pretty easily into a high school setting.

It seems to me like it makes a lot more sense for kids to have adventures that they can have fully as kids, instead of stunted versions of adult plots.  I keep being disappointed when I pop into the YA section in the bookstore and have trouble finding stories that aren’t driven by romance.  I don’t read the Young Wizard series and get distracted from the wizardly battles fought for the sake of an entire world or an entire person and think if only there were more scenes with kissing and prom worries.  No one would fault Nesbit or Eager for leaving out kiddie romance.

Leaving out romantic and sexual love doesn’t mean crippling the emotional resonance of a story.  Children are fiercely loyal and equally fierce when loyalty is betrayed.  You can get pretty far on friendship and parent/mentor/hero relationships, and those are relationships a young person can be wholly invested in.  And adults can be invested in them, too!  The romcoms where the protagonists appear to have no friendships, only sidekicks, are scary.

I’ve been noodling this over since I read Gilbert’s comment, and here are the unresolved questions I’d particularly like your thoughts on.

– It was only with great strength of will that I resisted titling this post “Careful the tale you tell, that is the spell.”  Forbearing drained my willpower reserves, so I’ve still stuck it down here in a note.

– I think it’s worth noting that, in Company, Bobby doesn’t even get up to the clinch.  He’s committed to being committed to someone, but hasn’t had to accommodate himself to a particular someone yet.  That’s why I like pairing this show with Passion where the protagonist does find someone “to crowd me with love” and doesn’t like it for most of the show.

– Follies also deals with relationships without discussing the children involved, one of the mentions in passing is achingly, deliberately sad because it’s tossed into a patter-y song and is jarring. From “Country House” where a couple is running through options to patch up their marriage:

Best to watch the video, though, in my favorite recording of this song, there’s a bit more of a startled pause when the child is mentioned and a little more urgency in the quickness of the lyrics that follow.

August 15, 2012 Q&A with Steve Dawson (Part 1)
Recent Comments
151 Comments | Leave a Comment
"Oh! And you can get there via Naval Gazing.(probably not by Navel Gazing...)"
TheSparksFlyUpward Too Sucky To Be True
"Hello, Deiseach!1. This is not an ad. (It always reassures me when someone says that!! ..."
TheSparksFlyUpward Too Sucky To Be True
""Do you honestly think that a child raised by a woman has no exposure to ..."
Zorin 2012 Queer Blogathon [Index Post]
"I'd love to see a video of how it works. keranique shampoo reviews"
Marlene Garza Welcome Camels with Hammers to Patheos!
Browse Our Archives
get the latest from
Catholic
Sign up for our newsletter
POPULAR AT PATHEOS Catholic
1