The Story of Shmuel and Tailoring Support [Guest Post]

This is a guest post by Ellery Weil on The Last 5 Years. I’ve included a video clip of a “Story of Shmuel” performance, but it’s not the one Ellery is discussing.

The Last Five Years is a story of love lost, or maybe love that was never really there. But more than that, it’s a story about the different shapes “support” can take, depending on the person who needs it, and how easy it is for people’s attempts to support each other to backfire without proper communication. One of the main issues plaguing the couple is that while one of them, Jaime, views support as enthusiasm and cheerleading and unrelenting faith in your partner’s abilities, the other, Cathy, views support as someone to come home to, a shoulder to lean on and someone who will love you even if you fail. The couple’s great tragedy is that while they both legitimately are trying to support each other, that means radically different things to the two of them, and they are so thoroughly unable to articulate these differences, that each views the other as being selfishly indifferent to their pursuits and struggles.

This struggle is perhaps most eloquently, and heartbreakingly, articulated in one of the film’s early numbers— “The Story of Shmuel”. Jaime, a young novelist flush with early success, is distraught when his girlfriend Cathy, a struggling actress, comes home feeling defeated after another failed audition. Despite her barely-tepid response to his announcement that he’s spent hours that day writing her a story to cheer her up, Jaime launches into The Story of Shmuel the Tailor. As he relates his deeply silly Yiddish folktale about a forlorn tailor and the magic clock that brings him his heart’s desire, Jaime dances, incorporates props, and flings decorations around their apartment, while Cathy endures the show with a pained but polite smile.

It’s clear from Cathy’s expressions and dialogue (“I didn’t know there’d be so many stories”), that this is a scene that’s played out between the two of them before: Jaime reacts to Cathy’s sadness by launching into his ridiculous song and dance (in this case, literally a ridiculous song and dance) in a sweet but ultimately deeply misguided attempt to cheer her up. What Jaime doesn’t understand, and what, for that matter, is such a little-discussed fact that I doubt Cathy could articulate it to him, is that there are times when someone close to you is upset, and cheering them up is pretty close to the worst thing you can do.

Pretty much everyone has experienced the pain of seeing someone close to them upset and thinking “Oh no, don’t be sad, it hurts me so to see you sad, I will do anything to stop your sadness.” It’s a funny impulse–simultaneously noble (wanting to end your loved one’s pain….) and selfish (…because it hurts you too much to see them that way). But love is by nature both noble and selfish, which is why it’s part of our humanity.

However, the more compassionate path for Jaime to have taken would have been to give Cathy room for her sadness. Giving one you love the space to be upset can be daunting, and emotionally exhausting; stroking their hair while they cry, getting them their favorite takeout and encouraging them to slug around for the evening watching a movie, and most of all, enduring seeing them sad. It can seem counterproductive; after all, what if you’re enabling a funk that could bloom into depression? Admittedly, there’s a fine rope between giving someone emotional room and enabling internal flogging. But it’s a line that has to be negotiated, because the alternative is to deny a fellow human being of the validity of their emotions.

I have been on the receiving end of a slightly manic, Shmuelesque cheer-up attempt, and even if the recipient can intellectually recognize that this gesture is coming from a place of love, it can feel suffocating and invalidating. To be cajoled into laughing, and then see the jokester’s face melt into the relief of I made you laugh; you’re not crying anymore; you’re not sad anymore so it’s okay is to feel like your problem (which, make no mistake, still hurts) is being brushed off as a bad mood that can be brushed off in an instant. And to smile and allow your “Jaime” to go on thinking their scheme worked, because you understand the purity of their intentions and don’t want to hurt them, only adds a layer of resentment and frustration on top of the pain.

“The Story of Shmuel” is sweet, funny, and possibly the most tragic scene in the musical. Both characters are trying so hard to make each other happy, but both are ultimately failing, Jaime because he doesn’t understand what his partner needs, and Cathy because she lacks the words to articulate and ask for her pain to be validated.

Don’t forget, The Last 5 Years is available to rent or stream, so you, too, can enjoy it and then send me a guest post.  My previous posts on the movie are “No Villains, Just Inept Lovers in The Last 5 Years“ and “Asking a Lover for Too Limited Support” 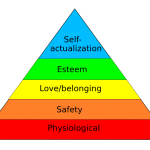 February 26, 2015 Can't I Love You Into Being Happy?
Recent Comments
0 | Leave a Comment
"Back to Square 1 ... ¯\_(ツ)_/¯Season 3!G.657BW.CO/d5573Y"
Bobby Klein My Good Catch Catches Them All
"We all are meme thiefes here 😂🙃fM.9226B.US/fA5573BU"
VanguardAI Books on deck for me for ..."
"To understand an art, you must understand phynomena."
Unlcuky13 I’m speaking about my conversion in ..."
"Despite the differences in level, it's still an excellent manga.pt.2632W.US/U5573xM"
Pilzkeks Dissecting the Catholic Vote for FiveThirtyEight
Browse Our Archives
Related posts from Unequally Yoked