You can listen to “Fights in Good Faith,” my weekly radio program, streaming today at 5pm ET and tomorrow (Sun) at 1pm.  The audio is now available to stream and download.

This week’s program is about the Effective Altruism movement ways to resolve tensions between its recommendations and the Christian aim of charity.  I gave a talk on this topic earlier this week as a guest of the Yale Effective Altruists.

Every week, I put up a “Radio Readings” post, so you can track down the books, articles, and, (this week) donation opportunities that I cite on the show. So, without further ado, here’s what I’m talking about this week.

Letting the Big Eclipse the Small

Keeping the Goal of Your Charity in Mind

What Effective Altruism Can Learn from Christianity

Finally, here’s what I wish I included on the air: Ben Kuhn does interesting Effective Altruism blogging, and I’ve talked about discerning your own attitude toward charity when making gifts 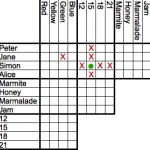 February 25, 2015 The Story of Shmuel and Tailoring Support [Guest Post]
Recent Comments
0 | Leave a Comment
"On that note... I recommend every Catholic and Christian have that post a read. Click ..."
Oktavian Zamoyski Effective Altruism and Caritas [Radio Readings]
"I think too many people have grandiose and unnatural ideas about charity. It becomes a ..."
Oktavian Zamoyski Effective Altruism and Caritas [Radio Readings]
"Jesus wasn’t resurrected as a great miracle simply in order to convince people to believe ..."
John The Two-Lazarus Problem
"The cartoon is amusing, but flawed. One of the four virtues of Stoicism is Justice; ..."
Vulpes Inculta 7QT: Stoicism Man, Semi-Imaginary Money, and ..."
Browse Our Archives
Related posts from Unequally Yoked