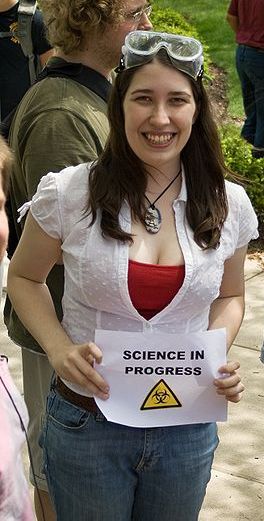 I love writing, I love sharing my ideas, and I love listening to the ideas of my readers. But I simply no longer love blogging. Instead of feeling gleeful anticipation when writing up a post, I feel nothing but dread. There a group of people out there (google the ironic term FtBullies to find them) devoted to hating me, my friends, and even people I’m just vaguely associated with. I can no longer write anything without my words getting twisted, misrepresented, and quotemined. I wake up every morning to abusive comments, tweets, and emails about how I’m a slut, prude, ugly, fat, feminazi, retard, bitch, and cunt (just to name a few). If I block people who are twisting my words or sending verbal abuse, I receive an even larger wave of nonsensical hate about how I’m a slut, prude, feminazi, retard, bitch, cunt who hates freedom of speech (because the Constitution forces me to listen to people on Twitter). This morning I had to delete dozens of comments of people imitating my identity making graphic, lewd, degrading sexual comments about my personal life. In the past, multiple people have threatened to contact my employer with “evidence” that I’m a bad scientist (because I’m a feminist) to try to destroy my job. I’m constantly worried that the abuse will soon spread to my loved ones.

I was going to call this posts “The Terrorists Win” but I held back, because I think there’s a tendency to associate that phrase with “letting the terrorists win.”  And if anyone tries to shame Jen for not staying on the firing line, I will personally show up at your house and kick your ass with my good foot.

When we’ve gone wrong, we tend to rely on the group we’re oppressing to martyr themselves in front of us until we come to our senses. Sure, there’s plenty of time to talk about tactics and “How can we reach them?  How can we make this easier for them?” etc, but it’s not in an activist’s power to force people to behave better.

Jen is not the guardian of her harassers’ virtue; they can’t plead off their bad behavior by saying Jen or other feminist activists should have persuaded them better.  It’s hard to figure out what arguments you’re supposed to bring to bear against people who think that rape threats (accompanied by your address) are a legitimate part of discourse.

Do all the good you can, but no person has a duty to stand in front of the guns.  Jen’s served her tour and then some.  If she chooses to make her contributions to human advancement exclusively in biology instead of blogging, so be it.

Like a lot of people, I found Jen’s blog in 2010 when someone linked to Boobquake.  Plenty of people were annoyed by an Iranian cleric’s pronouncement that women’s cleavage caused earthquakes, but it was Jen who said, “Hmm, sound like a falsifiable prediction to me!” and recruited women across the world to wear low-cut shirts on one specific day and see what happened.

For me, it  was very much a case of “Come for the clever activism project, stay for the passionate love of science.”  When I met Jen at the Reason Rally, I had a great time discussing Harry Potter genetic theories with her.  And I love the way she’s interspersed layperson-friendly posts about her grad school research, and the structures and tradition of academic research among her activist posts.  Reading Jen’s blog, it’s easy to see how she uses empiricism to delight in the world around her and why she’s so fired up to fight the people who aren’t interested in data.

Jen’s activism has always been good-spirited and creative, so it’s not surprising she’s been such a force for good in the atheist movement.  As she gained prominence and took a position on the Board of Directors of the Secular Student Alliance, it would have been easy to only criticize the people on the other side, but Jen was just as focused at rooting out errors in her own movement.  She was focused on building a worthwhile community, not just taking out the enemy.

Her recent post on sexism and misogyny within the atheist community was galvanizing and was the direct catalyst for Atheism+, a growing sub-movement that is challenging people to fight for what they do believe in and embrace social justice activism.  And it was that idea that really put the crosshairs on Jen, apparently.

This isn’t a Jen-specific problem.  A lot of women writers have been targeted in the same way Jen has, and in a way pretty much no male bloggers are.  It’s disgusting and it’s unacceptable.  Jen may need to step back for a while for her safety, but she’s given atheist women and all feminists a pretty big gift: a framework to continue the fight in her absence and a reminder of why it needs fighting.

UPDATE: I checked to see if there’s anything supporters can do for Jen, but she just requests donations to the SSA.

If any of the titles below look unfamiliar, please take some time today to check them out.  And forward them around once you’ve read them.

“How I Unwittingly Infiltrated the Boy’s Club & Why It’s Time for a New Wave of Atheism”  Jen McCreight, BlagHag

“A Woman’s Opinion is the Miniskirt of the Internet” Laurie Penny, The Independent

“Why Are You In Such A Bad Mood? #MenCallMeThings Responds!” Sadie Doyle, TigerBeatdown

September 4, 2012
That Moment We Saw You For What You Really Are
Next Post

September 6, 2012 If you can't take the heat, turn into a tardigrade!
Recent Comments
228 Comments | Leave a Comment
"On that note... I recommend every Catholic and Christian have that post a read. Click ..."
Oktavian Zamoyski Effective Altruism and Caritas [Radio Readings]
"I think too many people have grandiose and unnatural ideas about charity. It becomes a ..."
Oktavian Zamoyski Effective Altruism and Caritas [Radio Readings]
"Jesus wasn’t resurrected as a great miracle simply in order to convince people to believe ..."
John The Two-Lazarus Problem
"The cartoon is amusing, but flawed. One of the four virtues of Stoicism is Justice; ..."
Vulpes Inculta 7QT: Stoicism Man, Semi-Imaginary Money, and ..."
Browse Our Archives
Related posts from Unequally Yoked