My Hatred of Football Outweighs My Apathy for Harvard

I hate football.  If humans are the thinking animal, football (and the hard hits and concussion that seem to baked into the modern form of the sport) are an assault on our humanity.  Slate has a good compendium of links explaining the scope of the concussions crisis.  The most upsetting stories tend to be those of the families of the players who watch their loved ones slip into early dementia, sometimes accompanied by poor impulse control and violence.  It reminds me of Giles’s line from the Buffy the Vampire Slayer pilot, when these people look at their brothers, husbands, fathers, sons, they’re not seeing their friend, they’re seeing the thing that killed them.

The Slate article covers the basics, but I’ll add in two articles from just the last month in the New York Times on the way the damage goes beyond the NFL and their families:

It took just one play on Sept. 15 to suggest the game between the Southbridge Pop Warner pee wees and their rivals, the Tantasqua Braves, could mean trouble. Two Tantasqua players were hit so hard that their coach pulled them off the field. An emergency medical technician on the sidelines evaluated the boys, grew worried that they might have concussions, and had them take their pads off.

The boys on the teams were as young as 10, and, because of rules about safety, none could weigh more than 120 pounds. Shortly after 3 p.m. at McMahon Field in Southbridge, though, things quickly became worse. Six plays into the game, another Brave was removed after a hard hit. An official with the Tantasqua team said the eyes of one of the boys were rolling back in his head.

But the game, an obvious mismatch between teams from neighboring towns in central Massachusetts, went on, with Southbridge building a 28-0 lead in the first quarter. The game went on without the officials intervening. It went on despite the fact that the Braves, with three of their players already knocked out of the game, no longer had the required number of players to participate.

Speaking in his soothing, deliberative tone, Butler said, “I’m beginning to believe, from what I’ve read of the literature, that as governors of the school district, we have a moral imperative to at least begin the process of ending this game in Dover.”

Butler is a retired surgeon, with no specialty in neurology. But he had followed the growing evidence of the peril football poses to the brains of the people who play it. Butler had no beef with football, for he had played it in high school and in college.

He was, he said, just trying to frame the question of the future of football in the most practical of terms, drawing upon the implications of the class-action lawsuit filed in June against the N.F.L. on behalf of more than 2,000 former players alleging that the league did not adequately warn them of the evidence about the dangers of repeated head trauma and concussions.

Butler warned his fellow board members that if city officials did not end football at Dover High, “the lawyers will do it for us” someday.

The only nice thing I can say about football is that I’m awfully appreciative of this compilation of a group of football announcers competition to see who could sneak more Princess Bride references into their commentary:

*The title of this post is a riff off of a popular Game shirt reading “My Hatred for Harvard Outweighs My Apathy for Football.”  My favorite Game shirt ever was made by The Yale Record, and showed a drawing of a meteor streaking toward Cambridge on the front and declared on the back “YALE: At least we don’t get hit by meteors” 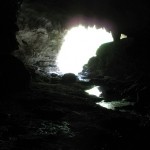 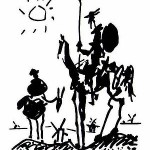 November 17, 2012 "No one can be what he wants me to be"
Recent Comments
34 Comments | Leave a Comment
"Back to Square 1 ... ¯\_(ツ)_/¯Season 3!G.657BW.CO/d5573Y"
Bobby Klein My Good Catch Catches Them All
"We all are meme thiefes here 😂🙃fM.9226B.US/fA5573BU"
VanguardAI Books on deck for me for ..."
"To understand an art, you must understand phynomena."
Unlcuky13 I’m speaking about my conversion in ..."
"Despite the differences in level, it's still an excellent manga.pt.2632W.US/U5573xM"
Pilzkeks Dissecting the Catholic Vote for FiveThirtyEight
Browse Our Archives
Related posts from Unequally Yoked