“In a world of wondering, suddenly you know”

“In a world of wondering, suddenly you know” November 16, 2012 Leah Libresco 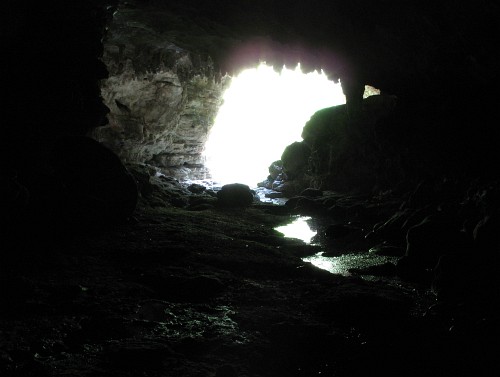 About two years ago, long before I converted, a student was working on his performance of “How Glory Goes” in a musical theatre masterclass that I was sitting in.  The song is from the musical Floyd Collins, based on the life of Floyd Collins, a cave explorer from Kentucky who was trapped in a cave and starved to death alone.  (An obvious topic for a musical).  Before the rocks shifted and cut Floyd off from the surface completely, there was a narrow shaft open.  A very slight reporter could shimmy down far enough to interview Floyd, but couldn’t reach far enough down to help him.  Skeets Miller’s coverage won a Pulitzer prize, and was one of the largest stories in the national media between the two world wars.

“How Glory Goes” falls at the very end of show.  The song is sung by Floyd, alone in the dark of the cave, as he gives up hope of rescue and prepares for death.  I’ve embedded the song from the original Off-Broadway cast below:

Floyd is praying, and his prayer is a series of questions for God about what heaven might be like.  His questions are slightly childish, and it was difficult to know what to make of the student’s first performance of the song in class.  Could Floyd actually be comforted by this litany?  The soaring music seemed to think so, but I wasn’t sure why he seemed to be at peace at the end of the song.

Is it warm, is it soft against your face?
Do you feel the kind of grace inside the breeze?
Will there be trees, is there light?
Does it hover on the ground?
Does it shine from all around or just from you?

The teacher had given the students a number of exercises to break out of habits and find new facets of the song (I got to help by physically obstructing and glaring at the boy singing  “It’s Hard to Speak My Heart” from Parade).  She told the boy playing Floyd that, instead of performing the song as Floyd speaking to God, she wanted him to try again as God speaking to Floyd.

Is it endless and empty and you wander on your own?
Slowly forget about the folks that you have known
Water’s rising, bread fill up the air
From moping kitchens everywhere
Familiar faces far as you can see, like a family

The boy had been sprawled out on the floor as Floyd.  Now, as God, he was crouched down next to where he had lain.  The boy was a talented actor, and he looked loving and patient.  I was reminded of something that C.S. Lewis had written in Mere Christianity, that he can pray only because Christ is beside him, praying with him.

[I]f he is a Christian he knows that what is prompting him to pray is also God: God, so to speak, inside him. But he also knows that all his real knowledge of God comes through Christ, the Man who was God—that Christ is standing beside him, helping him to pray, praying for him. You see what is happening. God is the thing to which he is praying—the goal he is trying to reach. God is also the thing inside him which is pushing him on—the motive power. God is also the road or bridge along which he is being pushed to that goal. So that the whole threefold life of the three-personal Being is actually going on in that ordinary little bedroom where an ordinary man is saying his prayers.

Suddenly, as God mouthed the words of Floyd’s little prayer along with him, it seemed like the prayer itself was a gift.

Do we live, is it like a little town?
Do we get to look back down at who we love?
Are we above, are we everywhere, are we anywhere at all?
Do we hear a trumpet call us and we’re by your side?

God was giving Floyd the words he needed to be able to reach out at all.  And instead of the sadness I would have expected the actor to convey, his God seemed to feel something more like delight.  The actor’s God wasn’t primarily occupied with Floyd’s predicament, he was wholly consumed with Floyd.  The actor’s eyes crinkled up with amusement at the metaphors that came to Floyd.  There was a profound sense of intimacy and recognition.  It pleased God to hear Floyd’s prayer and to pray with him, because the prayer was so utterly Floyd, and Floyd would remain Floyd in this moment and after his death.  His leg was crushed, but his self was alive and shining.

Will I want or will I wish
For all the things that I should have done?
Longing to finish what I only just begun

Or has a shiny truth been waiting there
For all the questions everywhere
In a world of wondering, suddenly you know
And you will always know

The boy playing God broke out in a full, proud grin as he sang Floyd’s song. It felt like instead of just observing and loving Floyd, some awareness of his presence had broken in on the person he was sitting vigil for. And even then, Floyd prayed for his homecoming in the language of experiences that he knew.

Will my mama be there waiting for me?
Smiling like the ways she does
And holding out her arms
And she calls my name
She will hold me just the same

Here was the comfort the underscoring promised. Not just Floyd’s love of his mother and desire to see her again, but his love and trust for her being beautiful and comforting because it reflected the perfect love of God. Where he lay, Floyd didn’t have the eyes to see it fully, or the vision to express it, but he had a vector to move along. And God rejoiced with him in his love and the peculiar way it was refracted by this particular son.

And I burst out crying in the rehearsal room.

Only Heaven knows how glory goes
What each of us was meant to be
In the starlight, that is what we are

I can see so far

November 17, 2012 My Hatred of Football Outweighs My Apathy for Harvard
Recent Comments
116 Comments | Leave a Comment
Browse Our Archives
get the latest from
Catholic
Sign up for our newsletter
POPULAR AT PATHEOS Catholic
1

Catholic
Aunt Alberta And Being Right (but the boring...
Unequally Yoked
TRENDING AT PATHEOS Catholic