On Doxologies, the Kingdom, and the Oxford Comma

On Doxologies, the Kingdom, and the Oxford Comma November 30, 2012 Leah Libresco 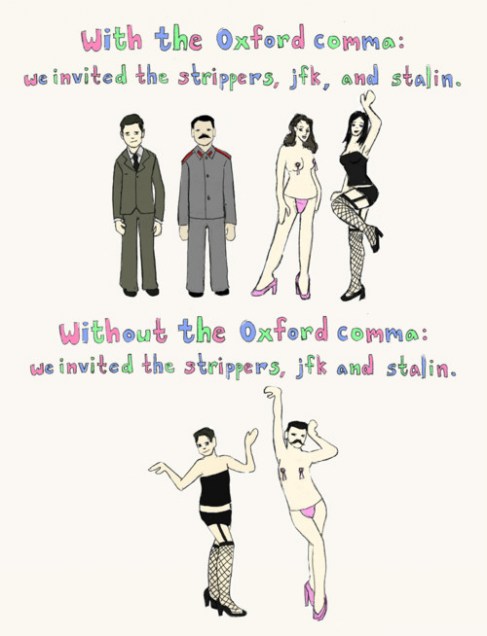 A friend of mine (who you may have seen on this blog as squelchtoad) posed a delightful question on facebook:

Catholics don’t incorporate this doxology into the end of the Lord’s Prayer (though, in the post Vatican II Mass, the laity say it as a separate thing after an interjection by the priest). In some Protestant churches, it’s part and parcel of the prayer. But why have a theological argument through the lens of history and bible scholarship when we can frame it through grammar instead!

I did some poking around, and I couldn’t find an answer to the question.  But, in the process, I managed to get the closing song from Pippin stuck in my head, discovered an elevator variant I’d really like to ride, and got this advice from the Fake AP Stylebook: “Use a comma after every item in a list of three or more, but then take back one comma to honor the Hebrew God whose sentence this is.”

I don’t think this is the kind of thing that’s clarified by going back to the Latin, since presumably “kingdom” “power” and “glory” are all in the same case either way.  So does anyone have a citation about the interpretation or a way to suss this out?

Two suggestions from the facebook thread (first from a Catholic, than an Anglo-Catholic Episcopalian:

“Google “‘thine is the kingdom’ site:bcponline.org” and you will see that the Oxford comma is most definitely prescribed. One possible justification for this (and keep in mind, I’m just a layman): Christ’s glory shines in his moments of apparent weakness as much as in those of apparent power.” 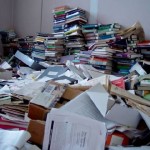 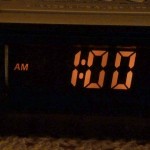 December 3, 2012 For I am a Woman Under Authority
Recent Comments
148 Comments | Leave a Comment
Browse Our Archives
get the latest from
Catholic
Sign up for our newsletter
POPULAR AT PATHEOS Catholic
1