Running the (Terrible for Catholics) Numbers on Conversion

The Pew Religious Landscape Survey gave the chance to write some code and run the numbers on religious churn, retention, and conversions for my day job at FiveThirtyEight.  Here are a few highlights:

Evangelical Protestants Are The Biggest Winners When People Change Faiths

The numbers presented by Pew help describe current patterns, but they don’t tell the whole story of which denominations are most attractive to people who might be looking for a new one. Gain and loss numbers can wind up skewed by how large (or small) different groups are to start off with. It’s easier for unaffiliateds to gain followers, on net, because there are fewer unaffiliateds to lose in the first place.

In fact, people raised unaffiliated have about the same chance of staying unaffiliated (53 percent) as people raised Catholic do of staying Catholic (59 percent), according to the Pew data. But when unaffiliateds lost about half of their 9.2 percent share of U.S. adults, they lost only 4.3 percentage points’ worth of the population at large. In contrast, because nearly a third of Americans are raised Catholic, when that church loses about half its members, it amounts to a much bigger group of people.

Read the whole thing at FiveThirtyEight…

We’ve put the python code up on GitHub, if you want to see exactly what I did and how I did it.

One thing I didn’t get the chance to tackle, which did interest me when I was looking at the results, was that the two groups that have the easiest time pulling members from a lot of other faiths are the ones that have, in general, the lowest barriers to entry.  Unaffiliateds, by definition, are the path of least resistance–you “join” just by leaving the church you currently belong to.  The Unaffiliateds include atheists, agnostics, and religious people who just aren’t connected to any particular church — for some people joining the Unaffiliateds might not involve a theological shift at all.

Evangelical Protestants, the other big recruiters, differ a bit in how they welcome new converts in individual denominations, but they’re closer, in general, to the “pray the Sinner’s prayer and c’mon in!” model.  You can become a member (and know that you’re a member) on your first encounter in a lot of traditions.

In contrast, Catholicism and Orthodox Christianity are harder to join.  Catholic converts tend to attend RCIA classes for about half a year (and, if you come in at the wrong point in the cycle, you might wind up waiting a year for classes to restart.  The Orthodox don’t have as formal a process, but my friends who have converted have tended to study with a priest (either alone or in a group) until both the priest and the aspiring parishioner agree that the person trying to convert knows what they’re getting into.

It’s actually even tougher for Orthodox than Catholics or Evangelicals (I would guess) because their numbers are lower.  It’s less likely that someone seeking will know an Orthodox person or have an easy time finding their way into a church.  Here in DC, I’ve got four or so Catholic churches within easy walking distance of my downtown apartment.  There’s not a single Orthodox parish in the city I can reach via the metro.

The numbers in my analysis aren’t good news for Catholics, and one strategy to think about is making it easier for potential converts to walk in and get started, not loosening the pedagogical aspect of conversion, but removing small inconveniences where possible.  Another option is thinking more about tailored pitches to seekers from particular theological backgrounds (just as Scott Hahn and Mark Shea have written a lot about what confused them as Protestants approaching the church) to try to make it easier for honest questioners to consider Catholicism in the first place and get the chance to notice if it happens to be true. 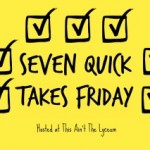 May 15, 2015
7QT: Not Breathing, Not Marrying, and Opening Beers With Your Teeth
Next Post 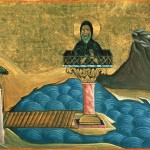 May 20, 2015 Accidental Stylites and the Benedict Option
Recent Comments
0 | Leave a Comment
Browse Our Archives
Related posts from Unequally Yoked