The Invisible Church You’re Worshipping In

I ordered a copy of Three Parts Dead (and cajoled three friends into having a book club) when I read the ever trustworthy Alyssa Rosenberg’s glowing review.  But I just found out that the author is doing an AMA on Reddit, and his intro alone is probably enough to attract the interest of some of you folks.

Three Parts Dead follows Tara, a junior associate in an international necromancy firm. She’s been hired to resurrect a dead fire god, but as she investigates (with the help of a chain-smoking priest, who’s having an understandable crisis of faith), she learns the god may have been murdered. Skullduggery and calamity ensue.

The idea came from the sky-is-falling terror I saw back in 2008 at the start of the financial crisis, which made me ponder the extent to which we’re tied to an invisible world (market) of powerful immortal entities, who sometimes go to war and sometimes die.

I had no idea this was the genesis of the novel, so you needn’t worry it’s a ham-handed allegory.  A lot of the book is about dependence.  The sentinels of the city subsume themselves in the hivemind Justice, and that power and grace can make their lives seem grey in comparison.  The dead god sustained a city, not just in prophetic dreams, but through satisfaction of practical concerns like heat and transportation.  One of the priests, in homage to his fire god, smokes constantly, and its hard to tell which is more physically wracking, his occasional abstinence from tobacco or the withdrawal of his god’s gaze from his life.

And then there’s the protagonist and Craftswoman, Tara Abernathy.  Here, human magic is contrasted with divine puissance.  While gods have power as part of their being, practitioners of Craft (magic) need to draw their fuel from something — their own life and will, or that of others (willing or unwilling).  [As a sidenote, the word puissance really came alive for me, once its root turned up in my French class in the subjunctive conjugation of pouvoir, which my teacher defined as “to be able to.”]

The characters in Three Parts Dead spend a lot of time struggling with constraints on what they are able to do, or the limitations they might need to put on the power of others to be able to act freely.  These dependencies aren’t in the pattern of the Creator-Creature model we were just discussing in Frankenstein — they’re unmoored from duties, responsibilities, and love.  And that does sound a lot like the financial system we belong to. 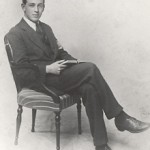 November 28, 2012 The theologians Chris Hallquist doesn't believe in
Recent Comments
110 Comments | Leave a Comment
Browse Our Archives
get the latest from
Catholic
Sign up for our newsletter
POPULAR AT PATHEOS Catholic
1