Straight from the Humanist’s Mouth 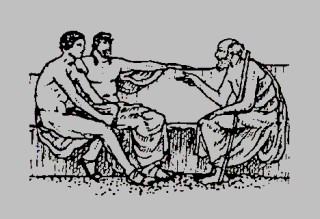 James Croft and Vlad Chituc have both continued to contribute to the discussion of what exactly unites humanists.  Vlad’s put up a new post, and James has posted a clarifying comment that I’ve quoted from below.

You seem to think “Humanism” denotes a single, coherent moral system (particularly a metaethical system). He seems to think that it is some sort of equivalent to “virtue ethics” or “utilitarianism” or something.

But this is a category error. Humanism, in my understanding, can mean two things, neither of which are a single, coherent metaethical philosophy. The first sense is as a lifestance, a set of values, an orientation to the world. In this sense it is similar to “Christianity” when that term is used to describe some person’s view of the world: people talk of “my Christianity” and “their Christianity”. This is also the sense in which people say “I am a Humanist” (“I am a Christian”).

In neither case does the term “Humanism” – nor the term “Christianity” – give you a strong sense of one’s “moral philosophy” when that term is used in a technical way. Just as you can be a Utilitarian Christian and an Idealist Christian, you can be a Utilitarian Humanist and an Idealist Humanist (there have been prominent historical examples of both). Therefore the comment that Humanism is “vague” in comparison to discrete philosophical positions is true but not really apposite…

Notice the elements of [Wikipedia’s] description: “Humanism is a GROUP of philosophies and ethical perspectives” (which is why I say it is not a SINGLE coherent philosophy); these philosophies are drawn together by guiding values or broad principles, in that they “emphasize the value and agency of human beings, individually and collectively, and generally prefers individual thought and evidence (rationalism, empiricism), over established doctrine or faith (fideism).”

You might say this is “vague”, but it is not so vague that almost anyone qualifies as a humanist. The majority of other ethical and philosophical traditions (including the major religious traditions of the world) do NOT (traditionally) place such value on individual human beings; they do NOT generally prefer individual thought and evidence over established doctrine or faith. They have strikingly different guiding principles and overarching values.

If this is what James Croft’s humanism is, than that’s fine, but then I just don’t care very much about that adjective.  I want to know what type of humanist he is.  Whatever the next adjective he appends is going to tell me a lot more about where he lives in moral conceptspace than ‘humanist.’  After all, I place a lot of value on individual human beings and love evidence, too.

I think Darren had a great insight in one of the comment threads:

I wonder if part of the problem is that the great triumph of Humanism, The Enlightenment, has been so internalized by almost everyone that Humanists no longer get credit.

A lot of the things that Croft is using to define the Humanist category are intuitions and methodologies that most people (at least in the circles in which I move) share.  Yes, there are groups who don’t assent, but, to be honest, they’re very hard to reach out to in debate.

So, as long as Croft and I are chatting with each other, we can take it for granted that we’re both interested in rational inquiry into what is good for humans, and the interesting question is what answers we turn up (and what we count as rational inquiry).  So let’s pin down what we mean by some of the free-variable kind of words (like “good”) and talk about where our theories and models diverge.

*I am just mature enough to not have titled this post “Humanists are particularly good finders!” but not enough to forbear from mentioning it here. 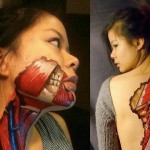 January 11, 2013 7 Quick Takes (1/11/13)
Recent Comments
151 Comments | Leave a Comment
"I'd love to see a video of how it works. keranique shampoo reviews"
Marlene Garza Welcome Camels with Hammers to Patheos!
"Logismoi (the plural of logismos) are a fairly simple concept; they are whispers from either ..."
Rob, Portland Logismoi, Vampires, and Other Intrusive Thoughts
"I imagine I’ll do a lot more reading and pick a lot more fights over ..."
Donalbain A little about the queer stuff
"You are part of a search and rescue for lost Catholics.Regular updates to the countdown ..."
Edward Palamar I’m keynoting at a Con for ..."
Browse Our Archives
Follow Us!