Staring Doubts in the Face 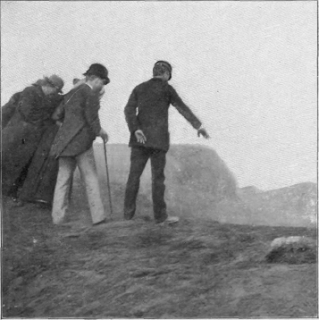 Before I left DC to start my new job, I arranged a The Great Divorce bookclub with an atheist friend.  Somehow, just in the lead up to the argument we managed to pull in Blake’s The Marriage of Heaven and Hell and the Grand Inquisitor scene from The Brothers Karamazov.  (And now I’ve got him reading Ted Chiang’s “Hell is the Absence of God“).

But aside from the pleasure of a good fight, making my friend grant that this soteriology made more internal sense than he expected, and apparently inspiring him to write a parody song based on the book (which he’ll probably let me post), there were some unexpected benefits.

I know some of the blog readers are cross readers of Less Wrong, but for everyone else, you can use this link to familiarize yourself with the idea of an ugh field.  It’s a term made up by LW that basically refers to the things you flinch away from thinking.  My ugh fields tend to turn up when I think I might notice an answer I don’t like if I keep gathering data.  For example, when I was trying to start my dryad costume, I kept putting off making the big diagram of everything I needed to do.  I suspected, correctly, that once I wrote everything down, it would be clear I didn’t have time to finish before Halloween.

Ugh fields don’t always mean I’m about to be proven wrong somewhere I’d like to be right.  (That would be a useful signal to have).  It just tends to mean that I’m not confident about which way the answer will go, and I badly want it to turn out a particular way.   I try to be a good rationalist, and use that flinching feeling as a cue to look deeper, but I don’t always manage it.

But debates, especially with a smart person arguing in good faith, are a great way to get someone else to shove you into your ugh field and not let you out til you find the answer you didn’t want.  During my book club/fight, my friend kept pressing me, not on the truth of Christianity, but on whether I was personally incapable of being a good Christian, whether or not it was true.  (The specific details of why aren’t so relevant to this post).

This concern had occurred to me before, and it was the kind of thought I shied away from.  I didn’t want to examine the evidence for or against this claim carefully, in case it were true.  I’d never even bothered to try and flesh out the argument.  But, in the middle of a book club fight, I didn’t have an easy way to flinch once my friend started needling me.

But, it turns out, once I actually heard the full argument, instead of just thinking “that would be awful,” I didn’t actually find it persuasive.  I wasn’t just trying to beat my friend.  When he broached the topic, I flinched, worried he was right, and then was surprised to find I did have pretty good answers to his objections.

[I think “Wow, this argument is way weaker that I was afraid it was!  Thank you!” was not the reaction he was going for].

The whole thing reminded me a bit of rubber duck debugging, where explaining your problem in detail to anybody — another specialist, a friend, or a rubber duck — makes you think carefully about your assumptions instead of skipping over the bits that feel obvious or scary.  So I’m awfully grateful to have had my feet held to the fire on this one. 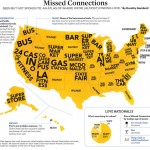 March 15, 2013 7 Quick Takes (3/15/13)
Recent Comments
168 Comments | Leave a Comment
"Oh! And you can get there via Naval Gazing.(probably not by Navel Gazing...)"
TheSparksFlyUpward Too Sucky To Be True
"Hello, Deiseach!1. This is not an ad. (It always reassures me when someone says that!! ..."
TheSparksFlyUpward Too Sucky To Be True
""Do you honestly think that a child raised by a woman has no exposure to ..."
Zorin 2012 Queer Blogathon [Index Post]
"I'd love to see a video of how it works. keranique shampoo reviews"
Marlene Garza Welcome Camels with Hammers to Patheos!
Browse Our Archives
get the latest from
Catholic
Sign up for our newsletter
POPULAR AT PATHEOS Catholic
1