Doing the Math on ‘Our’

Melanie Bettinelli has been running a series of guest posts on the Credo for the Year of Faith.  Each week, a Catholic writer writes an essay on one phrase in the Nicene Creed.  Today, I’m up discussing “For Our Sake.”  I’ve excepted the first few paragraphs below, but you can read the whole thing at Melanie’s blog:

The our in the Creed is a terrible temptation to me.

And as I’m wondering all this, I’ve managed to shrink myself to invisibility in the the great throng of people washed in Christ’s blood. If we’re spreading out his sacrifice among all of us, I’m hardly redeemed by his death. Once we average it out, I can’t lay claim to more than one thorn-puncture. And, honestly, I’m more one platelet in that wound than the wound itself. 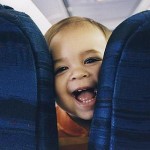 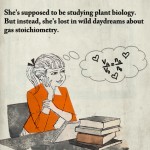 April 19, 2013 7 Quick Takes (4/19/13)
Recent Comments
103 Comments | Leave a Comment
"Jesus wasn’t resurrected as a great miracle simply in order to convince people to believe ..."
John The Two-Lazarus Problem
"The cartoon is amusing, but flawed. One of the four virtues of Stoicism is Justice; ..."
Vulpes Inculta 7QT: Stoicism Man, Semi-Imaginary Money, and ..."
"Do You Know what isn't Fair? Calling Atheism a Religion. Or saying Dawkins is a ..."
skwills Who Gets to Give the Courtier’s ..."
"Oh! And you can get there via Naval Gazing.(probably not by Navel Gazing...)"
TheSparksFlyUpward Too Sucky To Be True
Browse Our Archives
get the latest from
Catholic
Sign up for our newsletter
POPULAR AT PATHEOS Catholic
1