Friend of the blog Scott Hebert has written an article for Patheos titled “Metaphysical Annealing: Empirical Science, Suffering, and God.” Let this be the first of many theological essays that talk about local vs global optima as a way to talk about theodicy. I’ve skipped some of Scott’s background/analogy building in my choice of blockquote, because I think the terms may already be recognizable to readers of the blog, but do pop over to see the whole thing.

What is our search mechanism? Our lives. Each of our lives is an experiment to find God. Note that this immediately implies that no two searches can be the same, and that in most cases, the search space is not even the same.

Given my background, I realized that in this view of reality suffering can very well be the metaphysical equivalent of annealing: it shakes us loose from local optima and leaves us free to pursue the Global Optimum—God.

Metallurgical annealing implies the breaking down of internal barriers to change. Is this not what suffering does to us? It certainly breaks us down, and in doing so, it also breaks our grip on the idols that are the actual barriers to obtaining the God-Optimum.

Suffering is God applying annealing to us so that we can find Him. He is the global optimum of the metaphysical search space we traverse in our lives—more difficult to find today, perhaps, than a hundred years ago (although Chesterton might disagree) because of relativism, the new and myriad idols of our distractions, and of metaphysical techniques that give false impressions; all of which fool us. They keep us stuck on local optima, thinking we have the global—the superlative of God.

And here’s the relevant Messiah excerpt: 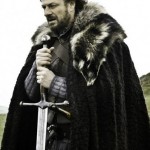 April 8, 2013 Comments will be wonky for a little while
Recent Comments
290 Comments | Leave a Comment
""Do you honestly think that a child raised by a woman has no exposure to ..."
Zorin 2012 Queer Blogathon [Index Post]
"I'd love to see a video of how it works. keranique shampoo reviews"
Marlene Garza Welcome Camels with Hammers to Patheos!
"Logismoi (the plural of logismos) are a fairly simple concept; they are whispers from either ..."
Rob, Portland Logismoi, Vampires, and Other Intrusive Thoughts
"I imagine I’ll do a lot more reading and pick a lot more fights over ..."
Donalbain A little about the queer stuff
Browse Our Archives
Follow Us!

I Read the Whole Bible in...
The Cordial Catholic
Related posts from Unequally Yoked