If the Phantom Tollbooth were a musical for grad students…

My friend Scott has published the full story from the second installment of his Dungeons and Discourse game Fermat’s Last Stand.  Here’s the prologue:

Centuries ago, brilliant mathematician Pierre de Fermat came up with a proof so elegant that the God of Truth himself, mighty Aleithos, grew jealous. Taking inspiration from Fermat’s failure to fit his discovery in the margin of his notebooks, Aleithos afflicted the genius with the curse of macrographia: handwriting so large that his equations could never fit on any conceivable writing surface. Worse, when he tried to dictate his findings, his listeners were stricken with the same affliction. Constantly boasting of his proof but unable to publish it, Fermat was driven from land to land, until he eventually left civilization entirely and sailed across the sea, disappearing from history.

Recently, a shipwrecked man with curious features appeared in the court of Origin, saying he was the last survivor of a great civilization beyond the ocean, long since destroyed by plague. Centuries ago, his people had taken in Fermat and worshipped him as a god. And in their greatest temple, upon a titanic gold obelisk the size of a mountain, he had at last written his Theorem out in full. The man disappeared before he could say any more, but left behind a cloak in which were found a series of maps and directions written in a strange language.

Now people from all over the world are heading -yward, hoping to discover Fermat’s Last Obelisk and win unimaginable wealth and wisdom.

Scott was inspired by Dresden Codak’s two comics proposing a Dungeons and Dragons like game where all the fighting was philosophically flavored (e.g. “I’ll use some Essence of Hobbes to make their lives nasty, brutish, and short!”).  But the comic only set an aesthetic, not a set of playable rules.  Scott fixed that omission, and designed two very satisfying campaigns.  You can play through either of them, or use his rules to design your own adventure.  And, in that rulebook, you’ll find spells like this:

The campaign that Scott ran himself is a musical adventure, with songs prewritten for the adventurers and significant plot points.  I guest-sang as Cerune (the Action analogue) in the West Side Story takeoff on philosophy of language below.   (All the lyrics can be read if you click through to watch it on YouTube).

And I think this song sung by St. Thomas Aquinas, whom the players encounter, is a perfect fit for the readers of this blog:

Theology, theology
It isn’t just tautology
It edifies your being like
A spiritual technology

You attack it, you critique it
But you secretly still seek it
God and goodness are the ends
To which your very nature tends

It’s not just my opinion
It’s a fact teleological
From some of reason, some of faith
And summa theologica 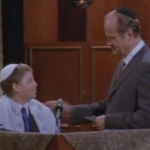 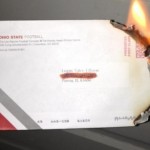