Getting a Sense of Sin 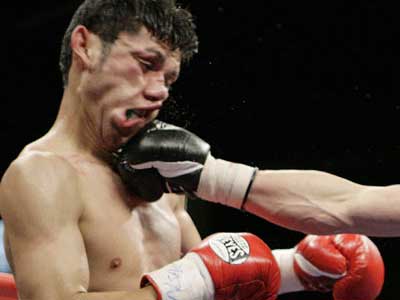 I’ve just finished Francis Spufford’s Unapologetic: Why, Despite Everything, Christianity Can Still Make Surprising Emotional Sense.  He’s pretty good at solving yesterday’s problem of explaining your faith without getting bogged down forever in background information or just staying bland.  In one section I particularly liked, he talked about the difficulty of explaining Christianity in a language that’s littered with Christian ideas that have drifted from their technical meanings.

Everyone knows then that “sin” basically means “indulgence” or “enjoyable naughtiness.” If you were worried, you’d use a different word or phrase. You’d talk about “eating disorders” or “addictions”; you’d go to another vocabulary cloud all together. The result is that when you come across someone trying to use “sin” in its old sense, you may know perfectly well in theory that they must mean something which isn’t principally chocolatey, and yet the modern mood music of the word is so insistent that it’s hard to hear anything except an invocation of a trivially naughty pleasure. And if someone talks, gravely and earnestly, about what a sorrowful burden one of those is, the result will be to make that speaker swiftly seem much, much more alarming than the thing they’re getting worked up about. For which would seem to you to be the bigger problem, the bigger threat to human happiness: a plate of pralines, or a killjoy religious fanatic denouncing them?

I’ve run into the same problem, and here’s my best patch to date.  I can’t promise it clarifies things exactly, but it at least helps me Chesterton-style by making it clear to my interlocutor that I’m saying something a bit weird.  Here goes:

Every day I punch about 7-9 people in the face.

So, every day, I get up and try to not do that.  Or at least to blunder into punching people differently, because I managed to successfully recognize one of my prone-to-punch-people situations and avoid it, and now have new errors to learn from.  Now, some of the time, I’m punching the people intentionally, with nearly full-knowledge of what I’m doing, sometimes I’m clumsy or careless, and I trip on something and land with my fist in someone’s face, and sometimes, I’m so blind to someone else that I don’t realize I’ve walloped them til a couple days, weeks, months later.

I don’t lead a hermit’s life, to protect people, since then I end up punching-people-by-omission [ok, fine the metaphor breaks down a little] because there are ways I could show them the love and duty that I owe them, and allow then to share their lives with me, that I deny if I hide myself in fear of my punching-people-tendencies.

And the fact that it’s a routine part of my day, doesn’t make the punching okay.  It certainly doesn’t for the people at the wrong side of my fists.  But as long as I’m still sinning punching, I have to stay attentive to what I’ve done and how I can mend what I’ve broken.  Perfection may be beyond me, but every person I refrain from punching (by omission or commission) is a still a substantial triumph.

I like this framework, because it makes sin feel visceral and urgent in a way that, say, telling a coarsening joke, doesn’t always in the moment.  Being able to translate back into the language of physical violence helps me get off my tuchus and go to confession and go try and give my friend the moral equivalent of an icepack.  And there’s nothing romantic about hitting someone, no sense of the seductive tempter or alluring rebel.

The language of sin-as-wound makes sense to me, since the analogies points to both harm and to a progression or a relationship.  Wounds can heal or fester or be tended or hidden or displayed.  And when I sin against someone, the harm I did lasts longer than I usually notice.  In the case of face-punching, there’s both the physical bruising and the blow against trust or openness, as my target makes a reasonable defensive adjustment.  And both require ongoing care.

Plus, in this framework, one of the other strange parts of Christianity that Spufford highlights makes perfect sense.  When he discusses John Newton’s hymn “Amazing Grace” Spufford writes:

“Twas grace that taught my heart to fear,” [Newton] says in the second verse, and what he’s reporting here is his feeling, his amazed feeling… that he’d been done a massive undeserved favor by being allowed to become frightened of himself.”

Punching people in the face is pretty bad, but what’s worse is punching them and not noticing and losing the opportunity to repent or make amends.  Then the relationship between betrayer and betrayed still exists, but with a compounded betrayal, as I go on oblivious, leaving my friend to deal with a wound alone.

And what’s even worse than that is noticing the punching but being callously indifferent to their pain and to my error.  After all, in this case, I need more help than just drawing my attention to the way I clipped you with my fist as I pushed through a crowd.  I have more that needs to be healed for my natural concern for you to flower again.  And, like a person recovering from frostbite, getting the blood moving again hurts and it’s easy for me to try to avoid the very thing I need to recover.

So, being able to notice and regret sin ends up being a very precious gift.  When I still haven’t made any progress at not-punching, I can still be thankful for the sense of guilt, the sense that punching people is the wrong choice, which forces me to keep trying and to not abandon the not-punching-people project. 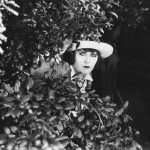 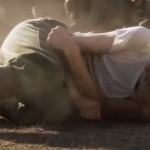 October 24, 2013 What is your opponent trying to protect?
Recent Comments
77 Comments | Leave a Comment
Browse Our Archives
Follow Us!