What is your opponent trying to protect?

Brendan Hodge of Darwin Catholic has shared his approach to judging and competing in this year’s Ideological Turing Test. He had planned to write a secularized version of himself in the atheist round, but revised his plans when he discovered that polyamory was a good deal more popular among libertarian atheists than he expected.

So now I had a problem: It seemed like if I wanted to write a fairly mainstream atheist piece for the Turing Test, I needed to argue in favor of polyamory. However, I myself find the whole idea deeply silly — I clearly couldn’t just write as me but without specifically religious elements. My solution was to fall back on Arnold Kling’s three axis model for political ideology and build a rationale for polygamous marriage based on having my atheist rely very heavily on the oppression and coercion axes. Thus, my atheist’s argument began:

It seems to me that the purpose of civil marriage is not to tell people who they should be in a relationship with, but rather to grant legal recognition and rights to the people who are in fact in relationships. As such, the question is not “should more than two people be allowed to form a marriage?” but rather “do more than two people want to form a marriage?”

I don’t buy this for a minute, but it seemed like the sort of approach that would appeal if you put all your emphasis on those two axes. I take it that the effort was moderately successful since the entry ended up being voted more likely to be atheist than any of the actual atheist entries.

I like this approach, and not just because I have an intellectual crush on The Three Languages of Politics. Pausing to figure out what you’d need to value to have a ‘deeply silly’ policy fall out of your philosophy is a way of staying attentive to your opponents as people. And it draws your attention away from the policy dispute and back to the difference in principles that set it in motion, so you can see what you’d actually need to contest to win a convert.

I’ve tried using this kind of approach in non-philosophical fights (with varying success*) to keep forcing myself to ask “What is this person protecting?” I’ve tried explicitly reframing whatever the other person is saying to me as “Watch out! You’re about to step on a kitten!!” and then working out what the kitten is. This way, intensity in argument isn’t necessarily aggressive or insulting, and it’s not something I need to take personally. It’s just a signal of how passionately my interlocutor loves the thing they think I’m about to blindly trample on, and I’d best figure out what it is sharpish.

Once I do, then I can work on noticing that I was indeed about to destroy something precious, or set about persuading my friend that I’m really not going to step on it or that it’s some kind of terrible monster that merely seems to be a doe-eyed kitten. But it’s hard for the conversation to go on until I can notice and honor the chivalry of my opponent.

*I am, at present, much better at doing this reframe a day or so later than in the middle of a fight. So ora pro me. 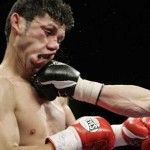 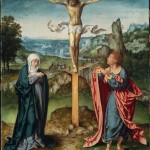 October 26, 2013 7 Quick Takes (10/26/13)
Recent Comments
99 Comments | Leave a Comment
"Despite the differences in level, it's still an excellent manga.pt.2632W.US/U5573xM"
Pilzkeks Dissecting the Catholic Vote for FiveThirtyEight
"Lol. Then why did you argue that she agreed to an exchange? If she had ..."
Manmaker Lenten disciplines draw on our weakness, ..."
"oh lemme guess, sometime in the future yan will be pregnant and then she'll force ..."
Jackie Sent The Boring, Quiet Rituals that Sustain ..."
"im so happy the leads can register to get married in peaceR.657KW.US/Wv5573P"
lolbroman25 I’m keynoting at a Con for ..."
Browse Our Archives
Related posts from Unequally Yoked