It’s Hard to Do Vocabulary Drills in Personal Languages 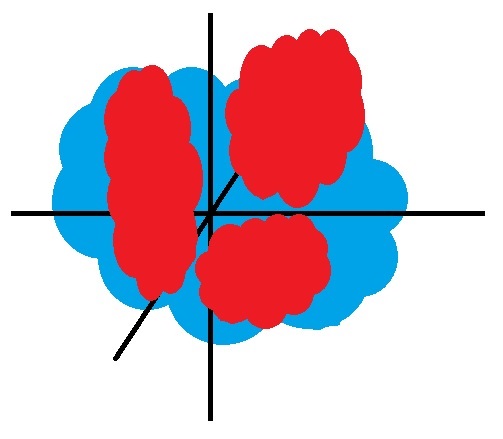 I read Douglas Hofstadter’s Surfaces and Essences: Analogy as the Fuel and Fire of Thinking a few months ago, and, although I wouldn’t recommend it as enthusiastically as Gödel Escher Bach, there was one section I was delighted to read.  It felt like Hofstadter had crystallized a very important part of my thinking process and set it down on paper.

We would like to offer a simple visual metaphor for thinking about the words of a language and the concepts they represent. We begin by suggesting that you imagine a two-dimensional space or a three-dimensional one, as you prefer; next, we are going to start filling that space up, in our imagination, with small patches of color, using a different color for each different language we are interested in…

How is a conceptual space filled up with sets of blobs of different colors? For instance, how do the repertoires of concepts possessed by French and English speakers who share essentially the same culture compare?

…Some of the different-colored blobs representing different languages’ coverages of a given extremely frequent concept will tend to have pretty much the same shape, but in the case of other blobs, there will be discrepancies, some minor and some major. We’ve already seen a pretty major one, involving time corresponding to heur, temps, and fois and temps corresponding to both time and weather…

Thus, the center of this conceptual space is inhabited by red and green blobs that often coincide quite well, and, when they don’t coincide, then there are all sorts of overlapping blobs, each with its own curious shape… Let’s take any shell of this conceptual space. Since languages differ enormously, we can easily find a red blog that no single green blog covers precisely. However, a small set of green blobs will collectively do a pretty good job covering all the territory of the red blob (although they will inevitably also cover areas outside the red blob)…

Just reading this section of Hofstadter’s book was like the experience of finding out that another language has had one blob for my collection of patchworked blobs all this time.  For me, this visual metaphor lights up an important region in my conceptual space.

This happens less to me on the level of words, and more often when reading books and suddenly finding a peg for an idea or an emotion that hadn’t felt as unified before my one big blue blog appears as a superset of my little red approximations.  So, when I see Sunday in the Park with George, I might realize that “Finishing the Hat” is a metonym for a whole set of experiences where I wind up doing something fairly abstract or creative and end up feeling both energized and lonely à la:

I like that Hofstadter chose the analogy of translation between languages to start talking about analogies generally.  Because when I find out that someone doesn’t have the big blue blob of one of my conceptual touchstones in their personal experiential lexicon, I feel as clumsy expressing my ideas as when my ASL teacher asked me to justify my then-atheism using my five-month-old vocabulary.

Thus, I really like arguments framed as book clubs, inviting my friends over for movies, or just sending my gentleman caller a youtube link to a particular musical theatre song when I need to explain the particular way I’m upset.  It’s a way of giving someone else a crash course in your internal language and to avoid some of the pitfalls of false cognates.  And now, thanks to Hofstadter, I’ve gotten to share another of my core vocabulary ideas with you

P.S. Over at the CFAR blog, I had a post up a few weeks ago on which rationality/cognitive science ideas are easier to express in languages other than English.

November 23, 2013
Football is not healthy for children and other living beings
Next Post 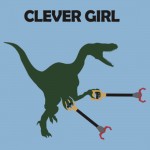 November 26, 2013 Keeping Ideas Close Enough to Play With
Recent Comments
108 Comments | Leave a Comment
"Oh! And you can get there via Naval Gazing.(probably not by Navel Gazing...)"
TheSparksFlyUpward Too Sucky To Be True
"Hello, Deiseach!1. This is not an ad. (It always reassures me when someone says that!! ..."
TheSparksFlyUpward Too Sucky To Be True
""Do you honestly think that a child raised by a woman has no exposure to ..."
Zorin 2012 Queer Blogathon [Index Post]
"I'd love to see a video of how it works. keranique shampoo reviews"
Marlene Garza Welcome Camels with Hammers to Patheos!
Browse Our Archives
get the latest from
Catholic
Sign up for our newsletter
POPULAR AT PATHEOS Catholic
1