Inviting Someone to Debate a Person, Not an Ideology

Inviting Someone to Debate a Person, Not an Ideology December 29, 2013 Leah Libresco

Scott of Slate Star Codex has a good essay up that was prompted by the whole Duck Dynasty fracas.  Phil Robertson’s comments on homosexuality aren’t a first amendment issue; it was A&E that might be firing him for his speech, not the government cracking down, but Scott points out that, for speech to flourish, we need protections beyond legal guarantees:

Constitutional freedom-of-speech is a necessary but not sufficient condition to have a “marketplace of ideas” and avoid de facto censorship. But people also have to understand that the correct response to “idea I disagree with” is “counterargument”, not “find some way to punish or financially ruin the person who expresses it.” If you respond with counterargument, then there’s a debate and eventually the people with better ideas win (as is very clearly happening right now with gay marriage). If there’s a norm of trying to punish the people with opposing views, then it doesn’t really matter whether you’re doing it with threats of political oppression, of financial ruin, or of social ostracism, the end result is the same – the group with the most money and popularity wins, any disagreeing ideas never get expressed.

And he adds in a follow-up:

A lot of people would argue that doxxing holds people “accountable” for what they say online. But like most methods of silencing speech, its ability to punish people for saying the wrong things is entirely uncorrelated with whether the thing they said is actually wrong. It distributes power based on who controls the largest mob (hint: popular people) and who has the resources, job security, and physical security necessary to outlast a personal attack (hint: rich people). If you try to hold the Koch Brothers “accountable” for muddying the climate change waters, they will laugh in your face. If you try to hold closeted gay people “accountable” for promoting gay rights, it will be very easy and you will successfully ruin their lives. Do you really want to promote a policy that works this way?

The whole topic is of a lot of interest to me, since my senior thesis was on the effect of hactivism on discourse (and came to similar conclusions about focused-on-silencing, correlated-with-size-of-mob/botnet,-not-strength-of-idea-techniques).  But I’m also interested in what the best techniques for counterarguments are here.

Over at Spiritual Friendship, Ron Belgau had a great, inviting rebuttal to Robertson.  Belgau focused on the way that Robertson was reducing gay people to people attracted to body parts, not persons, and the rhetoric makes no sense when you change the pronouns.  It wasn’t a pitch for gay rights, immediately.  Belgau went after the part of the statement that might be easiest for Robertson or people who think like him to recognize as wrong, based on what they already know.  And it’s an invitation to future dialogue.

Of course, Robertson probably hasn’t seen Belgau’s essay.  It’s important to just speak up, so your ideas get into the public debate and you don’t run into any problems with false consensus, but I wonder what the best way is to reach out to Robertson personally, or the next person you disagree with who turns up in the media.

I’d guess that the most effective way is if someone who already knows Robertson is the one to have a chat, so the discussion occurs as part of a relationship of trust, so both people can speak more freely without shifting into a competitive, debate mode.  I suppose, if you were nearby, you could send a personal letter, mentioning a few personal details, possibly with baked goods included, so it feels like Robertson (or whomever you’re targeting) is being invited to dialogue with a person, not an ideology.  (I liked Dan Savage’s choice to invite Brian Brown over to share dinner before they debated gay marriage).

The difficulty with this approach is that it places a substantial burden on the people who already feel hurt to reach out, be patient, and make themselves vulnerable in order to educate others.  It can add pressure to be a “model minority” and be constantly on guard so that the people who meet you don’t have any excuses to persist in their beliefs.  (Pretty much how I felt when I got bullied by the all-boys-except-for-me Mathletes team I captained).  I like Doonesbury depiction of this problem below:

I’d guess the solution is for different people to play to their strengths.  No one has an obligation to put themselves on the line to educate others, but the people who do might want to specialize in that area, just like other people serve a movement by handling logistics or increasing base morale, etc.

P.S. Many thanks to my lovely mother, who fielded a “I can’t find the Doonesbury cartoon I want for my blog, could you possibly look through our collections, scan it, and send it to me?” call this morning. 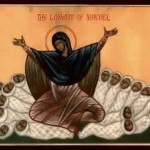 December 28, 2013
The Wicked Fairy at the Manger
Next Post 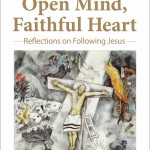 December 30, 2013 Join me for a Pope Francis bookclub in 2014
Recent Comments
2 Comments | Leave a Comment
Browse Our Archives
get the latest from
Catholic
Sign up for our newsletter
POPULAR AT PATHEOS Catholic
1

What Not to Say to a...
Steel Magnificat
Related posts from Unequally Yoked

A Word On Our Treatment Of Haitian Refugees
I want to say a few words about our treatment of refugees....
view all Catholic blogs
What Are Your Thoughts?leave a comment