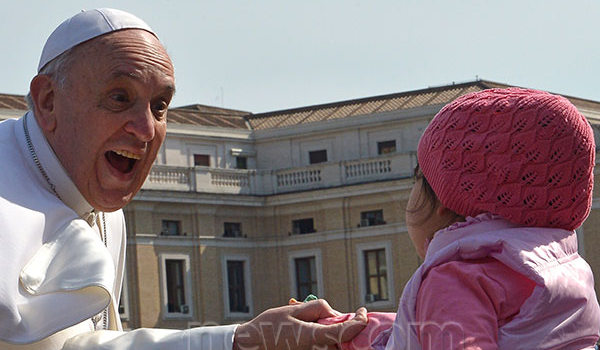 After the introductions, the prefaces, and the translator’s notes, the first two words I read by Pope Francis were “Apostolic joy.”

His reflections on living the Christian faith begins with this sentence:

Apostolic joy is nourished by the contemplation of Jesus Christ, that is, by observing how he moved about, how he preached, how he healed, how he saw the world… The heart of the priest should be steeped in this contemplation and through it resolve the main challenge of his life: his friendship with Jesus Christ.

In order to set us dialogue with Christ, Pope Francis begins by meditating on the kinds of conversations that Christ has in the Gospels.  But before I move on the the main content of this chapter, I still want to linger on the opening words.

The main context in which I hear the slightly-jargony ‘apostolic’ is the Nicene Creed, when, at Mass, the congregation says that we believe in “one holy, catholic, and apostolic church.”  So, as I use it, it’s a word about lineage and provenance.   When we talk about something being apostolic, we mean something handed down carefully from the apostles to now, something safeguarded and precious.

It’s hard for me to not assume anything that important must be something solemn.  Maybe something fiddly and detailed like canon law, maybe something mysterious and easy to be confused by, like the Trinity.  But in the opening words of his book, Pope Francis reminds us that our birthright is joy as much as it is anything else.  And we get an example of how we can stumblingly inherit that joy, when Pope Francis begins to narrate how Christ dealt in dialogue with those who sought to entrap him.

In Luke 20, some Sadducees ask Christ what would become of a woman who married the first of seven brothers, and then, when he died, married the next one in line, and so on and so forth, til she’d married and been widowed by them all.  In the afterlife, would she be married to all of them?  Just the first?

Francis writes that this question was not asked in good faith, and so,

[T]he Lord responds by looking toward the eschatological horizon… This ploy is so shameful that the Lord doesn’t even bother to argue with the tricksters: he responds by simply asserting the sublimity of the glorified life (Luke 20:27-40)

Jesus said to them, “Those who belong to this age marry and are given in marriage; but those who are considered worthy of a place in that age and in the resurrection from the dead neither marry nor are given in marriage. Indeed they cannot die anymore, because they are like angels and are children of God, being children of the resurrection. And the fact that the dead are raised Moses himself showed, in the story about the bush, where he speaks of the Lord as the God of Abraham, the God of Isaac, and the God of Jacob. Now he is God not of the dead, but of the living; for to him all of them are alive.” Then some of the scribes answered, “Teacher, you have spoken well.” For they no longer dared to ask him another question.

Even under interrogation, Christ is offering the inheritance of apostolic joy.  Instead of responding in anger or withdrawing from the gotcha-conversation, He is pointing to something beyond the current conflict, a vision of  joy and peace that makes the argument on the table seem small.

Whenever we are hemmed in in argument (theological or not), we always have the option to respond with joy.  Instead to becoming angry or frightened in defense of the idea we are trying to protect, we can offer it to our interlocutor with joy, in the same way you hold out your favorite book to loan to a friend, or sneak sideways looks at your child, when showing them your favorite movie, hoping for an opportunity to share your joy.

When I am in this frame of mind, I’m not only taking the chance to kindle delight in my debating partner, but to strengthen my own happiness and raise it to the level of my attention.  It’s why I love doing alumni interviews or organizing theatre trips.

When I’m in an argument or debate, I want to follow Christ’s example and try to offer the person the source of my joy, not a rebuke to their approach or a gotcha of my own.  I want to offer them the truth or beauty I’m fighting to share, and see them take it up with joy, not to knuckle under on a technicality.  And I want to approach disagreements in a way that makes it easy and inviting for my opponent to share their joy, so I can happily notice and admit when I’ve erred. 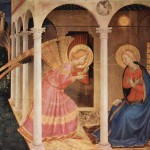 January 5, 2014
Missing the Cues for My Amens
Next Post 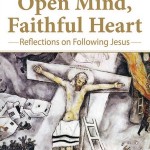 January 6, 2014 Reading through 2014 with Pope Francis [Index Post]
Recent Comments
86 Comments | Leave a Comment
Browse Our Archives
get the latest from
Catholic
Sign up for our newsletter
POPULAR AT PATHEOS Catholic
1