Missing the Cues for My Amens 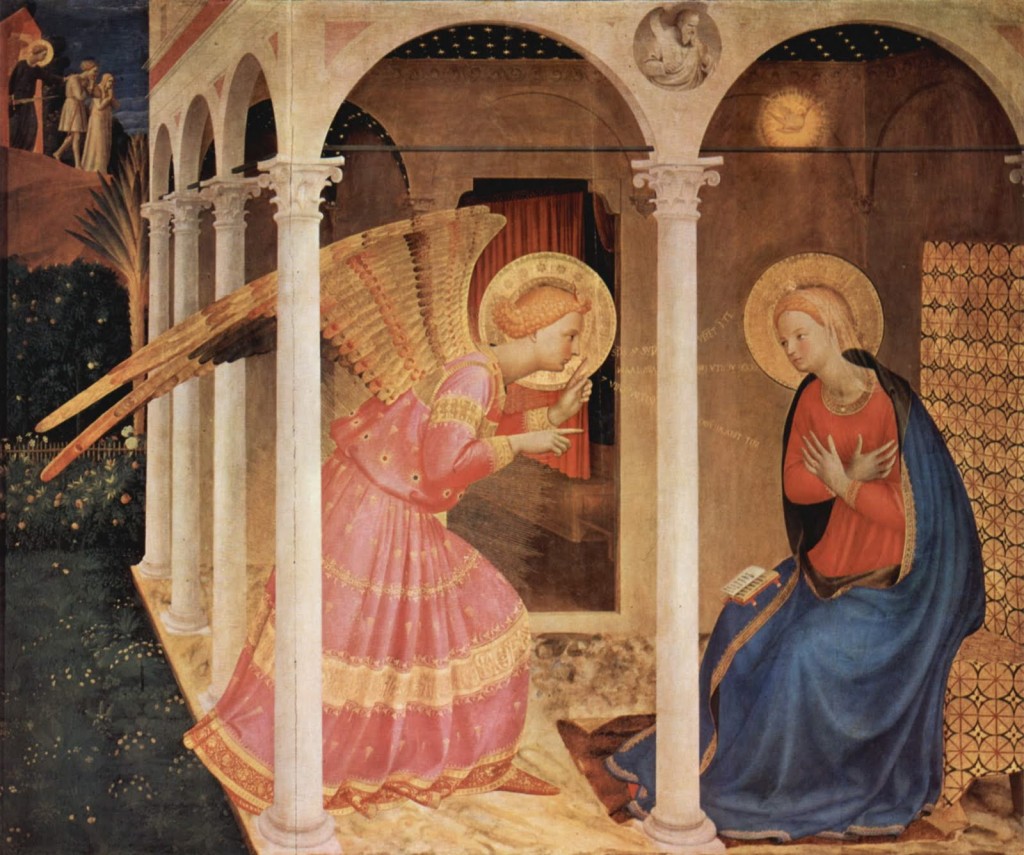 For Catholics, the Christmas season is still ongoing (up until January 12th, the Feast of Christ’s Baptism), so the days have been peppered with more feasts and solemnities than I’ve had time to write about.  But one holiday I particularly enjoyed was the Solemnity of Mary, the Mother of God, which falls on New Year’s Day.

A group of Catholic friends and I went to the Dominican House of Studies on New Year’s Eve for an hour of Adoration (prayer in front of the Eucharist), followed by a vigil Mass at midnight.  It was really lovely to begin the year at Mass, so the first thing I was doing as the New Year dawned was to sit quietly at prayer and to receive the Body and Blood as the first things I ate or drank in 2014.

During the period of Adoration, I ended up praying the Rosary, and thinking about Mary, whose feast we were celebrating.  The Annunciation is the moment she shifts between Mary, and Mary, Mother of God, with one word, Fiat.

When I try to imagine living out a vocation to sainthood (the vocation to which we’re all called), I know it means giving a joyful Amen to God at every moment, to make dressing up as Christ as natural as breathing.  But, on New Year’s Eve, one part of the faith that struck me more urgently than usual is that Fiat is a reply, not a stand-alone statement.

As much as I’d like to just work on being a better person, I’m often not attentive enough to even notice when I’m being presented with an opportunity to be Christ to others, or to receive other people’s charity as Christ’s.  My response isn’t usually Amen or Non serviam, but silence, as the question or opportunity passes me by while I’m engaged with something else.

Once my schedule regularizes a little this week, I’m really looking forward to going to Daily Mass and trying to do an Examen before or after the service, so I can use my prayer time to invite God to help me look over my actions and be more attentive to opportunities to cooperate with His love.  (And I was pleased to have enough of a quorum at my Sherlock viewing party to get to pray Compline as a group).

Before I can just hope to be better, I need to make enough space and stillness that I have a chance of hearing when something is asked of me, especially if I want to be able to offer the service that is needed, not the one that makes me proud of my own strength. 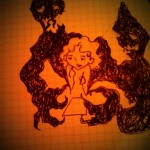 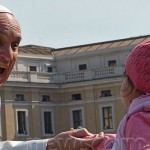 January 6, 2014 An Inheritance of Joy [Pope Francis bookclub]
Recent Comments
0 | Leave a Comment
""Do you honestly think that a child raised by a woman has no exposure to ..."
Zorin 2012 Queer Blogathon [Index Post]
"I'd love to see a video of how it works. keranique shampoo reviews"
Marlene Garza Welcome Camels with Hammers to Patheos!
"Logismoi (the plural of logismos) are a fairly simple concept; they are whispers from either ..."
Rob, Portland Logismoi, Vampires, and Other Intrusive Thoughts
"I imagine I’ll do a lot more reading and pick a lot more fights over ..."
Donalbain A little about the queer stuff
Browse Our Archives
Follow Us!