The (Extra) Mercy of My Conversion

The (Extra) Mercy of My Conversion June 6, 2016 Leah Libresco 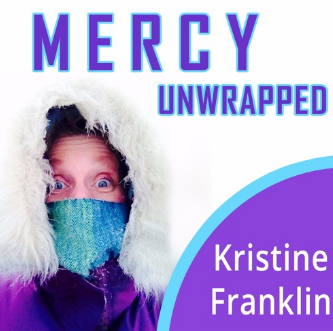 Kristine Franklin invited me on to her radio show, Mercy Unwrapped, a few weeks ago to talk about my conversion and the way I’ve learned to pray. The audio is up now: Mercy Unwrapped Ep 24 – Leah Libresco: A Fervent Atheist and the Mercy of God.

One of the things we wind up talking about is the wide range of kinds of conversions, and the way that “God kept reaching out to me in ways I could say ‘Yes’ to. […] A lot of people have conversions that are more emotional and spiritual, but for me that came second, because God reached out to me as an enormous nerd first, because that was how I needed to be called.”

It’s still a bit hard to be asked to explain my conversion, whether to atheists who want to debate it, people on the border who want to see if it will help, or Catholics who want to be set alight by it, because enough of my “How is it that I wind up knowing about morality? And how is this transcendent kind of truth different from/similar to mathematics?” involves premises that other people don’t share (so our disagreement is several steps back from religion) or just is a question we weight differently (not enough to swamp other objections, even if you do grant my premises).

But, for me, the particular route I took was a double gift — both giving me a way to know God, and letting my path make use of what I already loved. There’s a kind of tenderness about allusions and inside jokes, when someone makes sure to tell you something in a way they knew would particularly delight you. Parts of my conversion feel like they’re touched by the same kind of generosity as my fiancé slipping a lyric from 21 Chump Street into conversation, knowing it will make me smile.

June 7, 2016 The Virtues of Sad Songs (a piece for three voices)
Recent Comments
0 | Leave a Comment
Browse Our Archives
get the latest from
Catholic
Sign up for our newsletter
POPULAR AT PATHEOS Catholic
1