The Selfishness of Playing to Your Strengths

The Selfishness of Playing to Your Strengths November 21, 2013 Leah Libresco 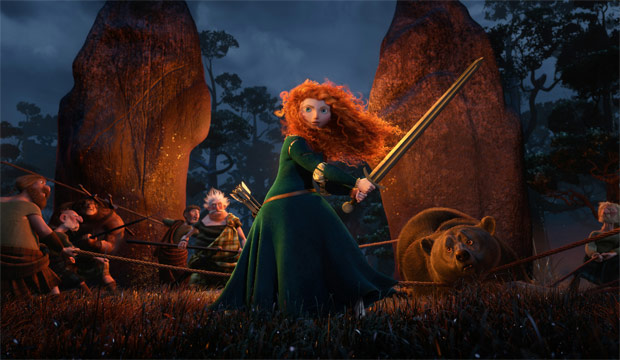 Calah Alexander has a post up about her frustrations with Disney storylines, where plot can warp around the characters to make sure they get whatever they wanted at the beginning of the movie.  Ariel’s father is portrayed as tyrannical, not prudent, when he tries to forbid her from chasing after Prince Eric, even though her choice puts her entire kingdom at risk.  Magic abounds to help characters realize they’ve been special all along, and that they deserve their happy ending.  She writes:

See, I wouldn’t mind this so much if it weren’t aimed at impressionable children. I really don’t want my children to grow up thinking that anyone, be it cartoon birds or genies in lamps, is going to fix the mess they’re in. Even if it’s not a mess they created, even if they really are the victims, I still want them to grow into the kind of people who say, “Whoa, this is a disaster and it needs to be handled. Better pitch in and help.” But especially for those times when they’re up to their necks in the creek they willingly jumped into, I want them to be the kind of people who tread water until they can swim out.

I’m so tempted to suggest that Calah start her kids in on Ender’s Game.

But in all seriousness, I can’t stand it when the heroes succeed by virtue of being the protagonist, instead of by virtue of, well, their virtues.  Or at least due to some planning.  Don’t even talk to me about the Deathly Hallows.

And I’m reluctant to give Pixar too much credit on this issue, at least now that I’ve seen Brave.  In that movie, Merida and her mother clash over Merida’s duties as a princess to wed.  Through a series of events, Merida turns her mother into a bear, and is informed she must repair the tapestry she tore in order to change her mother back.

Before she learns the countercurse, she and her mother are bonded through adversity, and gain a better understanding of each other.  But dispelling the enchantment becomes urgent when her mother is spotted and the castle heads out to hunt the bear, leaving Merida locked in her room.

At first she batters at the door, trying to escape, saddle her horse, and take off with her quiver and bow.  But she’s locked in the room with the tapestry.  She doesn’t need to go anywhere in order to save her mother; she just needs to use a kind of strength she hasn’t valued til now.  But the script doesn’t hold her to that lesson.  Instead she breaks out, rides hell for leather, and eventually completes the tapestry in situ, having delayed her mother’s rescue and put her whole family in serious danger.

My college classmate Eve Tushnet was the source of an aphorism that floated around our debate group: “Sometimes the sacrifice you want to make for God isn’t the one being asked.”  Merida wanted to save her mother, but she wanted to do it playing to the strengths she loves best, not the ones that are needed.

The summer Brave came out, I was frustrated by two putative heroes: Merida and Batman.  Sure, Wayne had decided that Batman couldn’t exist in Gotham for 10 years, but why had he decided that the mask was the only guise in which he could do good?  He might prefer riding his motorbike and engaging in fisticuffs, but he could do a lot for Gotham as a billionaire in the model of Bill Gates.  He just scorned any kind of service that didn’t draw on his best loved strengths.

I tend to make Merida and Bruce Wayne’s mistakes fairly often in my day to day life.  I set up plans to depend on the skills I feel best about (near fascistic planning and off the cuff speaking), rather than the skills that are most useful or the skills of other people in the project, so I could be easily replaced.  I’ve still not given up the habit of hoarding skills to gain leverage or just to feel pride.

I’d like to see more heroes and heroines who don’t find themselves in a situation that relies on their particular talents, but who just give whatever is required so that the task gets done.  Which I guess is more Neville Longbottoms.

P.S. Calah left the liveaction Disney musical Newsies out of her litany of complaints.  I’d argue that one does have the boys learn lessons: Jack learns to stop protecting himself to the point of isolating himself, the boys collectively learn about the power of collective action, etc.  Plus it’s based on a true story of the Newsboy’s Strike.  No magic, just unions. 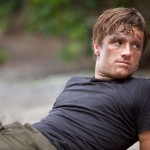 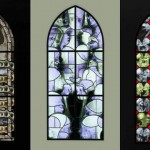 November 22, 2013 7 Quick Takes (11/22/13)
Recent Comments
0 | Leave a Comment
"Oh! And you can get there via Naval Gazing.(probably not by Navel Gazing...)"
TheSparksFlyUpward Too Sucky To Be True
"Hello, Deiseach!1. This is not an ad. (It always reassures me when someone says that!! ..."
TheSparksFlyUpward Too Sucky To Be True
""Do you honestly think that a child raised by a woman has no exposure to ..."
Zorin 2012 Queer Blogathon [Index Post]
"I'd love to see a video of how it works. keranique shampoo reviews"
Marlene Garza Welcome Camels with Hammers to Patheos!
Browse Our Archives
get the latest from
Catholic
Sign up for our newsletter
POPULAR AT PATHEOS Catholic
1

Cancel And Replace The March For...
A Little Bit of Nothing
Related posts from Unequally Yoked