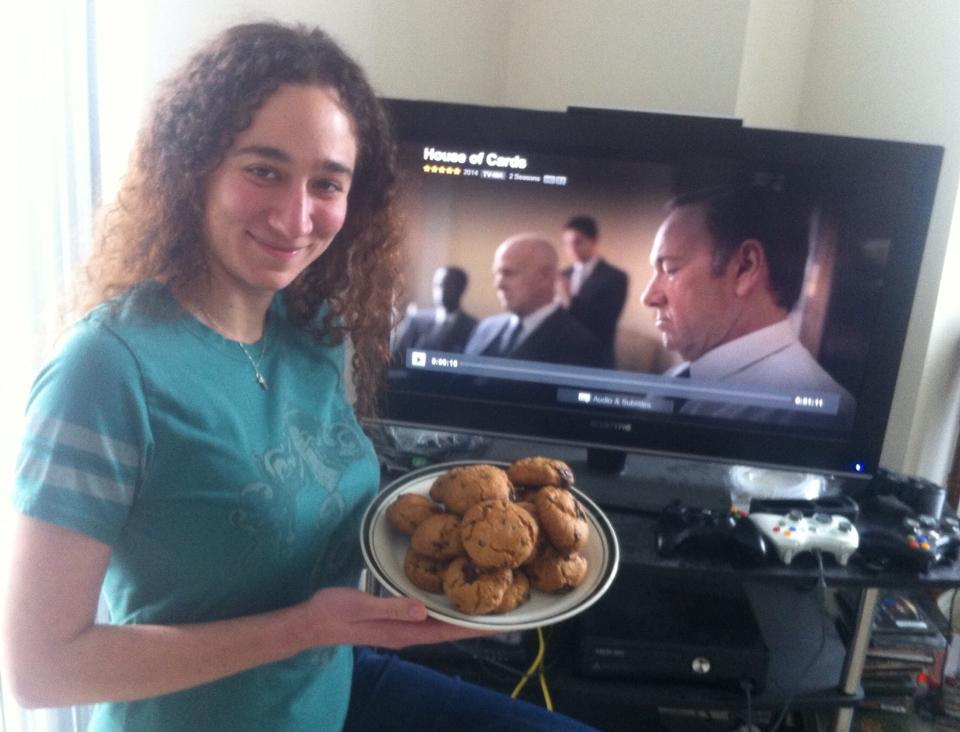 As required of all D.C. residents, my friends and I blitzed through House of Cards this weekend.  (As you can see above, I thought sweet, wholesome chocolate chip cookies would be a nice counterpoint to the bitterly cynical show).  Unfortunately, though I like politics, sneaky ploys, and villainous monologues, I’m still not a big fan of the show, and you can read why over at First Things.  (I was careful to keep my review thematic, so, I think you’re safe, even if you’re worried about spoilers).

The second season of Netflix’s House of Cards introduces a new aide for Vice President Frank Underwood, who seems to have a puppyish enthusiasm for intrigue. Seth Grayson, trying to prove his sneaky bona fides, applies for a job as press secretary by digging up damaging information on the Underwoods and goes on to have the kind of stealthy park bench meetings in which envelopes stuffed with money are exchanged.

Someone so clearly desirous of a trenchcoat and a fedora could usually be written off as campy, but here, the aide is rewarded by a show that seems to have read too much of its own press and is enamored of its own evil…

Ultimately, the characters in House of Cards are like people who want to be seen as ambitious, but have never been told that ambitious people are advancing toward a goal. Zoe Barnes, a sometimes ally, sometimes antagonist, sometimes partner in adultery with Underwood, is ostensibly an ambitious reporter, but she does almost no reporting and turns down a prestigious job to continue on as Underwood’s mouthpiece.

By the time one of the characters, who is ostensibly a bird lover, has wrung the neck of one of his pets for interrupting him on a phone call, it’s obvious that, although the characters are torn over which is preferable, money or power, they have no idea what to do with either. These characters are never at rest.

Are any commenters out there watching and does your assessment differ?  I’m still glad, on net, to have seen the season, but that’s because in D.C. the show is as pervasive as Harry Potter was in high school, and I want to be able to keep up with the lingua franca.  I’ve already had one interesting conversation about whether [late in the season spoilers] Senax naq Pynver univat n guerrfbzr jvgu gurve obqlthneq ercerfragf nal zrnavatshy fuvsg va gurve eryngvbafuvc sebz gurve cevingr nssnvef.  V fnvq ab..

But I plan to satisfy the hunger that House of Cards is meant to sate with the Folger’s production of Richard III instead. 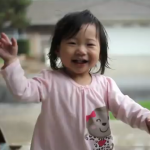 February 18, 2014
Following Christ Out of the Cave
Next Post

February 20, 2014 The Symmetries of Small-C Catholicism
Recent Comments
0 | Leave a Comment
Browse Our Archives
get the latest from
Catholic
Sign up for our newsletter
POPULAR AT PATHEOS Catholic
1