Here’s the round-up of the posts I’ve done this week at The American Conservative, starting with the most timely one. 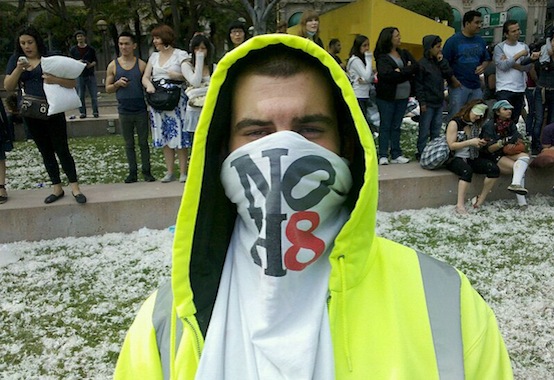 The Perils of Workplace Purges

Two organizations stumbled into controversy this week over employment and gay marriage. World Vision, a Christian organization that provides humanitarian aid, announced it would hire staff in gay marriages (previously, this was a violation of the employee code of conduct) and then, two days later, reversed the decision. Meanwhile, at Mozilla, the open source technology company best known for the Firefox web browser, the promotion of co-founder and CTO Brendan Eich to CEO drew criticism, since Eich had made a $1000 donation in support of Proposition 8 in 2008…

Balkanized businesses, which only hire employees or leaders that are politically palatable to their donors and customers aren’t economically or socially efficient. Instead of creating weak-tie relationships across ideological divides, they segregate people who disagree, fostering a fear of contamination by association. This exclusionary approach raises the stakes of political conflict dangerously high. When the losing side of a debate is blacklisted, all disputes become wars of annihilation.

I didn’t get to go into it as much in the article as I’d like, but there’s a character to these fights that reminds me of the Purity/Uncleanness pillar in Jonathan Haidt’s taxonomy of moral foundations.  I assume I’m in contact with a number of people who have ideas I find unpalatable or harmful (and vice versa) but not that it sullies me to be associated with them.

The front page article in the New York Times (“Selling a Poison by the Barrel: Liquid Nicotine for E-Cigarettes“) didn’t mince words. The bad science reporting that followed this hyperbolic headline is a much graver threat to public health than e-cigarettes themselves. The sensationalization of science and public health coverage occludes real dangers and gives consumers an excuse to ignore serious warnings as just more of the typical hype…

The NYT article doesn’t dispute the comparative safety of e-cigarettes when smoked, but is concerned about the concentrated liquid nicotine, and the dangers of drinking or spilling it before it is smoked. If a user drinks the liquid in e-cigarettes, it is poisonous, and it is much more dangerous to children, if they drink the nicotine or pour it all over themselves, where it can be absorbed through the skin.

However, this danger isn’t enough to justify the hyperbolic headline. As far back as Paracelsus in the 15th century, doctors have known that it’s the dose that makes the poison. If the NYT were looking for other examples of dangerous chemicals lurking in the home, there’d be no reason to default to the bleach and the antifreeze; Tylenol would fit the bill.

If it’s a horror to make a 10-year sentence feel like an eternity, is it any less so to assign a sentence that lasts a prisoner’s entire life? Particularly for prisoners given over to the penal system in their twenties?

But perhaps the unique horror of Roche’s idea is the way that it would set a prisoner out of synch with his surroundings. After all, a prisoner whose subjective experience of a ten year sentence lasts an eternity, or even the easier-to-imagine one hundred years, can’t be able to communicate with other prisoners or guards. Like a rapidly accelerating astronaut, the prisoner would be moving too fast, according to his internal clock, to belong to a community.

We’ve already sentenced people to that desperately lonely fate without any technology more complicated than four walls and a windowless door. Prisoners in solitary confinement may be running at the same timescale as the rest of us, but the overlap is irrelevant, as they’re allowed almost no fellowship or human contact. 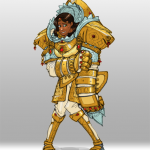 March 28, 2014 7 Quick Takes (3/28/14)
Recent Comments
1 Comment | Leave a Comment
Browse Our Archives
get the latest from
Catholic
Sign up for our newsletter
POPULAR AT PATHEOS Catholic
1