I Don’t Care Much About the Pope

Pope Benedict stepped down from the papacy during my first year as a Catholic, and, all during the conclave, my friends wanted to know if I was excited or overwhelmed.  Was I watching the livestream of the Vatican chimney?  Did I have a favorite candidate?  Which of the cardinals would disappoint me?

Except for taking a look at some of the twitter jokes about @ConclaveSeagull, the bird that was photographed on the conclave chimney, I mostly ignored the whole thing.  Catholicism isn’t like Washington D.C., where a new administration brings in a wave of new political appointments (and unleashes a swarm of ousted job seekers).  The new pope didn’t seem that relevant to my day-to-day experience of the faith because, ultimately, he wouldn’t have much to do with it.  Although some questions in Catholicism are still live issues (what would we make of extraterrestrials? how should Mass be translated into American Sign Language?), it’s not as though the Pope is going to reopen the question of transubstantiation or the divinity of Christ.

Don’t get me wrong, I like seeing a picture of the Pope kissing a baby as much as the next gal, but I don’t feel that invested in knowing everything he thinks and does, and examining it for portents.  In fact, Michael Brendan Dougherty points out that it’s novel for Catholics be able to think this much about the pope.  It’s only recently that we became be exposed to all the minutia of his phone calls and personal experiences:

Between Pentecost and the launch of Vatican.va, most Catholics did not have access to the day-to-day musings of their pope. The Roman pontiff’s theological speculations have been of almost no interest to Catholics throughout history, and never became so unless he was a great theologian already, or there was a great controversy which the authority of the Roman Church might settle. To the average Catholic living hundreds of miles from Rome the Faith was the Faith, whether the pope was zealously orthodox like St. Benedict II or a sex criminal like Pope John XII.

Doran Speed saw a relationship between the intense, possessive curiosity about the life and character of our current pope and the very quick canonizations of two of his predecessors this year.

I think we should not canonize popes until a big chunk of time has passed since their death – say, 200 years…

So I understand why we canonize some people very quickly – if there is abundant evidence of the person’s virtuous life, etc., and a profound call for this person to be recognized as a saint, the Church responds to that call and does not make people wait for no good reason.

But with popes – gosh, I just feel like this has the potential to go very much awry, becoming a near-instant referendum on What Pope Such-and-Such Represented and Whether That Was Good.

My parents are historians, so, when I was little, I had a slight misunderstanding/wish about how history was done.  I knew that historians did not investigate the very recent past, since not enough time had passed to be able to analyze it in a useful way (though, by all means, start preserving primary source documents for later).  So, I imagined that there could be a formal (sort of ribbon cutting) party to celebrate when a new decade was now open for investigation.  I imagined historians gathering in departments all over the world to clink champagne at the stroke of midnight, and then hit the books.

If that were the case, we might have hit the appropriate lag for the Vatican II party (though we should still expect not all of our judgments will stick. but we’re definitely not there yet for Francis, Benedict, or John Paul II.  As an ordinary layperson, I just don’t need to do much scrutiny or tea-reading on a day to day basis.  I’m pretty sure that, if there’s an actual problem, I’ll notice, without having to turn myself into a theological seismograph in the meantime.

The whole thing reminds me of a part of the Acts of the Apostles that recently turned up in the Mass readings.

When they heard this, they were enraged and wanted to kill [the disciples].  But a Pharisee in the council named Gamaliel, a teacher of the law, respected by all the people, stood up and ordered the men to be put outside for a short time.  Then he said to them, “Fellow Israelites,[ consider carefully what you propose to do to these men.  For some time ago Theudas rose up, claiming to be somebody, and a number of men, about four hundred, joined him; but he was killed, and all who followed him were dispersed and disappeared. After him Judas the Galilean rose up at the time of the census and got people to follow him; he also perished, and all who followed him were scattered.  So in the present case, I tell you, keep away from these men and let them alone; because if this plan or this undertaking is of human origin, it will fail;  but if it is of God, you will not be able to overthrow them—in that case you may even be found fighting against God!”

I’ll worry most about things and people that exist closer to me, where I don’t need quite so much discernment and telepathy to work out what would be useful for me to do. 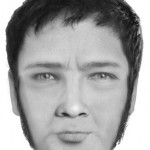 May 10, 2014 The Unexpected Consequences of Laws and Lies
Recent Comments
0 | Leave a Comment
Browse Our Archives
Related posts from Unequally Yoked

A Series of Small Mercies
It's the small mercies that make all the difference. January ended...
view all Catholic blogs
What Are Your Thoughts?leave a comment