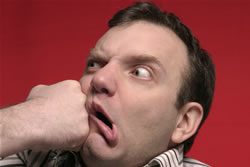 In this week’s chapter from Open Mind, Faithful Heart, Pope Francis is discussing the danger of punching down (in slightly more highfalutin language).

For those experiencing tribulation, the great temptation is fatigue.  The constant exposure to evil makes us lose a proper notion of time so that we end up “running aimlessly” or “beating the air.”  When persecution is long and drawn out, we frequently begin to imitate the tactics of the enemy.  The arena of war–God’s war–gets reduced to minor skirmishes where we are at the enemy’s mercy.  We lose sight of the goal, and our strategy gets muddled.  We see only the occasional sniper that the enemy sends our way to wear us down in a difficult stretch.  One sign of our disorientation is our tendency to lash out against people who are really only minor enemies, and we often do so with a force that should be reserved only for our true foes.

…The prince of this world, however, usurps [the] power to govern and wages his own war.  If there are any souls he cannot recruit or overcome, he seeks to win the battle by making them fight in his own arena and with his own crude arms.

When we feel under threat, it’s natural to cast around for an opportunity to comfort ourselves by showing our strength, and that often means catching and hurting bystanders.  Or, as the cast of Urinetown puts after “Snuff that Girl”

TINY TOM: Let’s bring our message of hate to the entire world!
HOT BLADES HARRY: Easy, friend, a message like ours works best under extreme unbalanced circumstances.
BOBBY: No one’s going to be killing anyone around here.
SOUPY SUE: But we’re so afraid, Bobby. Killing her might make us feel powerful for a moment.

The panicked viciousness of the Urinetown cast is played for laughs, so I appreciate that Pope Francis acknowledges in his chapter that sometimes we’re actually striking out at real enemies in our fear, confusion, and boredom.  The blow is still as empty as the chorus’s attempt at assassination if the fight we’re picking is a distraction from the one we ought to pick.

On facebook, I see a lot of reshared links that are just examples of sucky arguments from people on “the other side.”  These threads wind up being opportunities to rehash invective that feel perilously productive.  Because we’re saying bad things about the other team, it feels like we must be advancing our own side, even though our complaints won’t be seen by our opponents and our own side has gained nothing from this expenditure of our time (surely we already knew there were dumb people on the other side).

I try not to post anything I disagree with to facebook or email unless I have a question about the thing I’m linking rather than just a putdown.  And I stay out of comment threads of this type, unless I have something substantive to say (usually better to say in person!) or can trust myself to stick to a simple “Gevalt.”

These countermeasures help keep me safer online, but I’m still working out better habits in person.  When I’m face to face, I have more trouble detangling myself from a useless fight, because my pride gets invested in not looking weak.  I somehow don’t think saying, “Sorry, you seem like a mere sniper in the larger fight I’m interested in” is the best approach either.  “I don’t like how I’m behaving in/approaching this disagreement” is a little better (and pleasantly vague).  Any better suggestions? 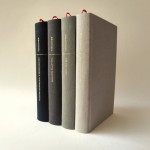 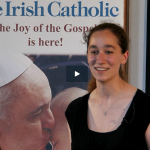 July 8, 2014 Fixing Fights in Ireland
Recent Comments
0 | Leave a Comment
Browse Our Archives
get the latest from
Catholic
Sign up for our newsletter
POPULAR AT PATHEOS Catholic
1