One of the most reliably bad decisions I’ve made on a regular basis is the choice to stay awake (well, “awake”) and on the internet past the point where I can get work done, or even have much fun.  I went through a spell where I even fell asleep on the couch more nights than not, unable to muster the will or judgement to get up and go downstairs to bed.

I could remember (even sometimes in the moment) that this was a bad pattern, but, the more tired I was, the more tempting it was to think that I should just buckle down and apply more willpower to be more awake and get more out of my computer time.  Going to bed was a solution, but it was hard for it not to feel (to my sleepy brain and my normal one) like a bit of a cop out.

Only two things helped me really keep this failure mode in check.  One was setting a hard bedtime (and beeminding it) as part of my sacrifice for Advent.   But the other key tool (which has lasted me long past Advent) is the gif below.

The poor kid struggling to eat his ice cream cone, even in the face of his exhaustion, is hilarious.  And not too far off the portrait of me around 2am scrolling through my Feedly.

Thinking about how stupid or ineffective or insufficiently strong-willed I’m being makes it hard for me to do anything that feels like a retreat from my current course of action.  I want to master the situation and prove I’m stronger.  But catching on to the fact that my current situation (of my own making or not) is ridiculous, makes it easier to laugh, shrug, and move on.

I think the difference is that it’s easy for me to feel contemptuous of myself when frustrated, and easy to feel fond when amused.

I’ve tried to strike the new emotional tone when I’m working on catching and correcting other errors.  (e.g “Stupid, you should have known to leave more time to make the appointment!  Planning fallacy!”  becomes “Heh, I guess you thought that adding two “trivially short” errands was a closed set, and must remain ‘trivially short.’  That’s a pretty silly error.”)

In the first case, noticing and correcting an error feels punitive, since it’s quickly followed by a hefty dose of flagellation, but the second comes with a quick laugh and a easier shift to a growth mindset framing.  Funny stories about errors are also easier to tell, increasing the chance my friends can help catch me out next time, or that I’ll be better at spotting the error just by keeping it fresh in my memory. Not to mention, in order to get the joke, I tend to look for a more specific cause of the error than stupid/lazy/etc.

As far as I can tell, it also helps that amusement is a pretty different feeling than the ones that tend to be active when I’m falling into error (frustration, anger, feeling trapped, impatience, etc).  So, for a couple of seconds at least, I’m out of the rut and now need to actively return to it to stay stuck. 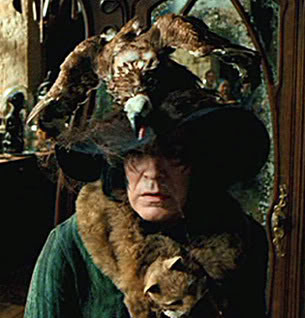 Amusement struck me as clearly appropriate for mostly morally neutral problems like cognitive biases and akrasia, but I was less sure about their appropriateness when I catch myself in a moral lapse.  Can amusement be the right response to sin?

At the moment, I’m going with sometimes.  I wouldn’t want to find sin funny in any way that makes it seem like a triviality, but it seems to me like there’s something correct in seeing sin as ridiculous, as poorly suited to the general task of living as the sleepy boy’s fumbling is to eating.

Today is the eighth day of my novena to St. Maximilian Kolbe.  Free free to pray along.

I’ve crossposted this to LessWrong, whose commenting culture/idiolect is different enough that I recommend not commenting unless you already read the site. 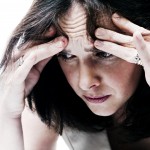 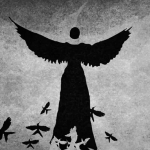 August 22, 2014 7QT: Hidden Messages, Legal Ghosts, and Tenuous Alliances
Recent Comments
0 | Leave a Comment
"Jesus wasn’t resurrected as a great miracle simply in order to convince people to believe ..."
John The Two-Lazarus Problem
"The cartoon is amusing, but flawed. One of the four virtues of Stoicism is Justice; ..."
Vulpes Inculta 7QT: Stoicism Man, Semi-Imaginary Money, and ..."
"Do You Know what isn't Fair? Calling Atheism a Religion. Or saying Dawkins is a ..."
skwills Who Gets to Give the Courtier’s ..."
"Oh! And you can get there via Naval Gazing.(probably not by Navel Gazing...)"
TheSparksFlyUpward Too Sucky To Be True
Browse Our Archives
get the latest from
Catholic
Sign up for our newsletter
POPULAR AT PATHEOS Catholic
1

Abuse, the Rosary, and an Old-Fashioned...
Steel Magnificat
Related posts from Unequally Yoked