Mind Continuing this Argument in a Counterfactual World? 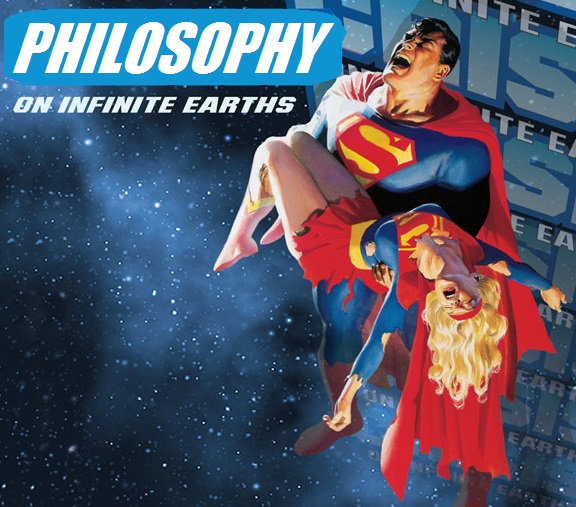 Cass Sunstein is mounting a defense of historical counterfactuals in The New Republic.  At their simplest (and, he would argue, most useful), they are baked into the entire historical discipline:

Yet the most fundamental problem is that Evans does not grapple sufficiently with the fact that historians do not only offer narratives; they also offer explanations. They say that some event—the rise of Nazism, the Vietnam war, the election of Ronald Reagan, the attacks of 9 / 11—had particular causes. It is not possible to take a stand on the existence of causes, or on their relative importance, without thinking about what the world would be like if one or another were removed. If we say that the Vietnam war or the passage of the Civil Rights Act of 1964 was “caused” by the Kennedy assassination, we must be imagining a world in which Kennedy was not assassinated, and hence making a claim about what would have happened in that alternative and historically unrealized world. And if so, we are engaging in counterfactual history. As Jon Elster puts it, historians “have been talking counterfactually all the time without knowing it.

Still other counterfactuals run into difficulties because they depend on a change that cannot logically be made without simultaneously introducing, or allowing for, other changes which the counterfactualist is attempting to bracket. Once we introduce some changes, all bets are off. Gloria Steinem offered a memorable counter- factual: “If men could get pregnant, abortion would be a sacrament.” But if men could get pregnant, they would not be men, at least not in the same sense, and in a world without men we cannot say much about the legal status of abortion. The most fantastic counterfactual narratives fall in this category. If Nazi Germany had cell phones, Hitler might have won the war—but if Nazi Germany had cell phones, the world would be so unrecognizably different that it is not clear that we can say anything at all. If horses were smarter than people, they might rule the Earth. As Ferguson writes, “No sensible person wishes to know what would have happened in 1948 if the entire population of Paris had suddenly sprouted wings.” (Though come to think of it, that’s a pretty interesting question.)

I tend to like this kind of counterfactual (and the scifi/fantasy genres in which it appears) because it gives us a framework to puzzle out bigger questions than the probability of success for a particular legislative agenda.  Sunstein is right that the “if men could get pregnant” tells us very little about what we could/should think about the legality of abortion, but it’s just the right size to try to puzzle out what we think about gender.  These wilder counterfactuals make it easier to try to figure out what makes us care about gender as a category: is it the ability to bear children? Is it a useful way to label clusters on the EQ/SQ spectrum?  Is it a biological fact about imprinting (not the duckling kind)?

We’ve touched on some of those questions previously on this blog during the lively discussion about what kind of stories you’d tell in C.S. Lewis’s counterfactual world of seven genders.  And, in his Orthogonal trilogy, Greg Egan does wind up chronicling a species that alters their reproductive habits and must decide whether their gender divisions remain meaningful.

Sometimes it’s easier to figure out what we believe and why when we pick a possible world that’s far enough from our own that we can’t quickly and easily make judgements about things like the legal status of abortion in our world.  Free for a little while from our cached thoughts and hostilities, it’s a little easier to get curious and constructive, and then translate your thoughts back into maxims and actions (if possible) later.

You want to hit a balance of foreign enough to play around with and familiar enough to be relevant.  In an essay at Tor, Max Gladstone (author of Three Parts Dead and other Craft Sequence novels) discusses how traditional swords-and-kings fantasy sometimes fails him on that last criterion.

Some days, though, it’s hard for me to connect with all that meaning and power. In dark moments I feel myself drowning in kings and empires and satraps and dukes, in crowns, in magical assassins and MacGuffiny mystic objects and epic destinies and window dressing. “I’ve never lived with a king,” I grump, “and basically nobody else has either. Why read about them?” In dark moments I grow furious with medieval pantomime.

…I want a government terrified for the future, struggling to preserve its power and work with a movement despite massive historical differences. I want an undead overlord who’s slain gods with his bare hands explaining to a citizen council why his rezoning proposal will improve the lives of the very people who protest it. I want a consulting sorcerer torn between her loyalties as talks fail and battle lines are drawn. I want a priest choosing to stand by his family, or by the faithful who look to him for help.

I want people who beat against the walls of history, who are bound by choices others made forty years ago, by the outcomes of old wars. I want good intentions to lead to horrible ends, and vice versa. I want a book of human and inhuman beings trying to do better, and of that trial being—maybe—worth the consequences.

And I want a book with magic.

So I wrote one.

This is exactly why I so enjoy his books.  I can get traction on a lot of general human condition problems through fantasy/scifi, but it takes books like Max’s to give me some usefully foreign frameworks to consider philosophy of bankruptcy (and, from there, work out to reevaluate my philosophy of debt and ownership).  Gladstone’s necromantic lawyers are pretty much exactly in Sunstein’s “Paris-with-wings” category of implausibility, but I can’t categorize them as irrelevant — these sea-changed histories give me enough distance to have a better view of my homeworld.

P.S. If you like Gladstone’s books or approach, you’ll like this podcast interview he did, where he translates a lot of his political/philosophical ideas back and forth across the reality/fantasy border.

(And I’d bet the converse of the above statement holds, so, if you like the podcast, check out his books)

Today is the second day of a novena to St. Therese of Lisieux, timed to end on her feast day (Oct 1), which is also the One Rose Invitation Day, sponsored by Imagine Sisters 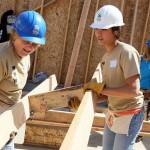 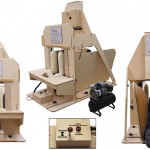 An Unquiet City
I'm a member of a Facebook group devoted to St. Therese of...
view all Catholic blogs
What Are Your Thoughts?leave a comment
Copyright 2008-2017, Patheos. All rights reserved.