I’ve been seeing a fair amount in my feeds (both RSS and social media) about the Perils Of Flirting, and how to navigate them of late.

Everything from a married friend mentioning that she gives positive feedback to the people who flirt with her well without noticing her ring, because she wants to encourage positive public flirting to a lot of internet discussion of the professor who shared how his anxiety about having any appropriate way to approach women drove him to (a) consider suicide and (b) ask his doctor about chemical castration, to purge the sexuality he imagined was too dangerous to grapple with.

Part of my takeaway from all this has been:

A lot of the blogging has seemed to be about who is more unhappy about all of this, but my systemizing strengths don’t lie there — I’m better at coming up with ways to bizarrely formalize normal social interactions, so I figure that’s what I should contribute to this conversation.

I should add as caveats that these are not actually guaranteed “safe” ways to ask people out and that I, personally, prefer to ask people out by giving them books I think they’ll disagree with and then scheduling an argument, so I am not really a credible authority on how to date.  But, I’m hoping that the way folks disagree with me will be to suggest/try out other models, however odd, since people seem pretty unhappy with the status quo.

So, here are some possible improvements/ideas stolen from successful approaches to other social difficulties.

At autism conferences, it’s been getting more common to use Color Communication Badges, to make it easy to indicate whether you want to speak to other people or not.  The green-yellow-red badges let other attendees know whether you’re ok with being approached by strangers, only people you already know, or no one.  It’s not far off from the old hankerchief codes, but everything being signaled is PG.

Facebook relationship statuses kinda work this way, in that usually putting “in a relationship” up indicates “RED” to people who would otherwise ask you out.  But maybe it’s worth thinking about more formal ways to signal (and respect signals) that you do or don’t want to be approached than putting headphones in for “No” and stomping around singing “29/31” for “Yes.”

Like the autism communication badges, this is something to test-run at a specific event or within a small social group.  If you do organize a conference or whatnot where you think it’s plausible people want to be able to invite and ward off amorous advances, maybe try something out on an opt-in basis.

I think this is what makes dating apps like Hinge popular.  Hinge shows you a certain number of people per day, and you can only chat with someone if you both indicate interest.  If either person passes upon seeing a profile, no communication is possible.  This makes it a bit easier to indicate interest, since there will be no awkward brushoff if the other person demurs–you’ll just never speak to them again.

Hinge uses escrow to connect strangers, but I’ve also seen this system used among friends, where you could indicate you had a “crush” on someone, but they would only find out if they also “crushed” on you.  No danger of revealing reciprocated affection, and no danger of both people staying silent in some O. Henry like way forever.

Perhaps try using/promoting/building these systems more often.  (Hook it into Tell Your Crush Day, if you want).  Or use the next suggestion as an escrow-creator.

It is hard to figure out how to brush someone off nicely, especially when, like me and a whole bunch of my friends, polite or indirect demurrals have been treated as a cue to ramp up.  So, it seems safest to me to brush people off harder, or to just straight up leave (I’ve switched subway cars at the next station a fair number of times, and I’m sure I will again).  There’s some subset of people I’d probably like being approached by, but, since my hackles are up by default (playing the odds on that one), I’m not in a mood to be very receptive and the person approaching me has more reason to be anxious.

So don’t approach people directly.  Go with the time honored yenta-recruiting method, where you ask a mutual friend about the prospects of your suit/to sound out your intended/etc.  Just don’t flip out like Claudio when your Don Pedro goes to work.

Because everything in the initial stages happens through a neutral intermediary, the stakes are lower for the asker and the askee — who doesn’t need to think “What am I doing with my face?  Is it the right thing?” while deciding how ze feels about this whole prospect.  Indirection also means that you can check if the person you’d like to approach is interested in being approached at all (if you’re not doing the explicit visual cues bit from suggestion one) when your intermediary can first check if the person is interested in being asked out by proxy at all before they indicate that it was you who sent them.

You can also recruit yenta-friends to set you up with people not-of-your-choosing, and then, if the date fizzles, it’s not either of your faults — your matchmaker just made the wrong pairing.

Blaming the yenta is one way to talk about a date that both didn’t go anywhere and didn’t reflect badly on either of the people on it.  It’s probably useful to have more ways to talk about unsuccessful approaches/relationships as non-shameful.  I’ve dated two guys I didn’t marry, and I wouldn’t refer to either of them as a failed/unsuccessful relationship.  We got to know each other better, delighted in each other, helped each other grow in virtue, and successfully discerned whether it made sense to continue along the path to marriage.  Hurrah!  I’m very glad (and lucky) to have gone out with these guys, but I’m also glad that I’m not currently preventing them from finding the people they will marry, since it wouldn’t make sense for either of them to marry me.

I think we don’t tell stories about breaking up being good for both people often enough (or at least, not in the first person — being told it was good for you to be broken up with is not really the same thing), and I don’t think I’ve ever heard a friend tell a story about approaching someone and being turned down as good.  (I’ve only heard one person speak about turning people down as a positive experience for both — it’s the married friend mentioned at the top of this post).

Creating positive scripts/stories around unsuccessfully asking people out could lower the anxiety level a little for both parties and make it easier to build a better approach in the first place. 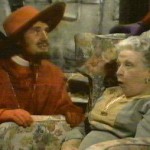 January 7, 2015
Struggling to Offer an Open House
Next Post 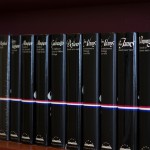