Love and Real Estate, All About Location, Location Location

The best living experience I’ve had was definitely in college.   The density of people meant that third places were everywhere — dining halls, courtyards, and coffee shops that I could sit in and be stumbled across by friends, and settle in for conversation and companionship.  It’s hard to replicate as an adult, because, even though I’m fortunate to have a lot of the people I care about all live in one city, we live up to an hour from each other, so all meetings tend to be scheduled.  There’s no central place to stop into.

That’s why I’m a little envious of the sets of friends who are profiled in The New York Times who have all managed to live in the same apartment building.  I’ve wanted this to happen, but haven’t been able to pull it off.  Here are some of the advantages they’ve found of building little villages in the city:

Rather than gather at bars, they now visit one another’s apartments, making dinners together and watching sports at home. They frequently commute to their jobs together. (Two of the women, Chrissy Hunt, 26, and Ms. Poppie, work at the same bank.)

“I like it, it makes me feel like I’m not in a city. I’m in a neighborhood,” said Mrs. Turetsky, 28, sitting on her cousin’s white leather couch in his spacious living room one recent evening. Mrs. Turetsky, a dietitian, was sharing hot cocoa with Mrs. Gold, 30, who is expecting her first child in March. “It feels comforting to have people around,” Mrs. Gold said.

“I literally come up here in my pajamas,” Mrs. Turetsky said. “I would never go outside like that.”

The Chinese have a saying, [Ms Qian] added: One should live near enough to family that if you were to hand-deliver a bowl of soup, it would still be warm when you arrived. “You want to live that close to each other,” she said.

I like the soup example, because it points to a benefit of living in communities that can’t be captured by scheduled get-togethers, however frequent or fun.  The people who live near us can come to our help easily, so we’re able to ask things of them.  It’s not crazy to text your friend one floor up and ask them to come over and kill the spider that you’re carefully watching til them come over.  Or, as I keep wishing I could do, sending out a heads up that you’re making cookies and that your chosen neighbors are welcome to hang out while you mix and eat when you’re done.

Making small asks and offers is a good habit that we keep having trouble keeping up (cf the way we scold people for asking questions instead of googling).  Sharing and satisfying needs can be a pleasure in itself, but it also gives us a relationship to rely on in moments of greater need.  That’s a resource in short supply since culture tends to teach us that only romantic partners can be expected to drop everying and help someone they care about.  (And that expectation is enshrined in law — no sick leave to take care of someone who’s not related to you by blood or marriage)

"If I don't get married, no one will be able to take care of me when I'm sick" — thing that is basically true! isn't that exciting?

And even though the friends you’ve invited to live in your apartment building still probably won’t be able to take care of you (or you of them) through a sustained illness, it will be a lot more natural for a friend to come down the hall to keep you company, just sitting in your sickroom, answering their email there, in case you need them.  Your friend might even arrive with still-warm soup. 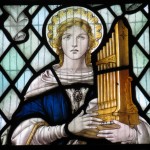 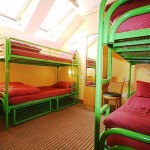 February 5, 2015 When it's illegal to live with your friends...
Recent Comments
0 | Leave a Comment
"Back to Square 1 ... ¯\_(ツ)_/¯Season 3!G.657BW.CO/d5573Y"
Bobby Klein My Good Catch Catches Them All
"We all are meme thiefes here 😂🙃fM.9226B.US/fA5573BU"
VanguardAI Books on deck for me for ..."
"To understand an art, you must understand phynomena."
Unlcuky13 I’m speaking about my conversion in ..."
"Despite the differences in level, it's still an excellent manga.pt.2632W.US/U5573xM"
Pilzkeks Dissecting the Catholic Vote for FiveThirtyEight
Browse Our Archives
Related posts from Unequally Yoked