When it’s illegal to live with your friends…

When it’s illegal to live with your friends… February 5, 2015 Leah Libresco

There are two reasons why I recommended that friends who want to cultivate deeper relationships with each other move into apartment buildings yesterday.  The first reason is simply that they’re convenient.  When a building is large enough, it’s relatively easy to find an open unit in your friend’s building to move into (especially if you live in a high turnover town, like I do).  Plus, apartment buildings let you be neighbors (in terms of a 5 minute door-to-door distance) without actually having to share walls. But the other reason to try to live with your friends in apartment buildings, rather than in big, shared houses is that suburban solution is often illegal. In Hartford, Connecticut a group of families that decided to live for and with each other is facing a demand to leave their home for violating zoning laws:

The controversy centers on 68 Scarborough St., a nine-bedroom brick mansion shared by eight adults and three children — an arrangement among longtime friends who share monthly expenses, chores and legal ownership of the stately home, said Julia Rosenblatt, who lives there with her husband and two kids. The residents bought the nearly 6,000-square-foot house for $453,000 in August, although only two of the owners are listed on the mortgage and city property record. They take turns cooking dinner, have pooled money into one bank account and entertained themselves last week with a family talent show because, Rosenblatt said Thursday, “we intentionally came together as a family.” But a coalition of neighbors, while conceding that the occupants of 68 Scarborough “are nice people,” have argued that the nontraditional household violates the neighborhood’s zoning for single-family homes. Living in the house are two couples with children, a couple with no children and two individuals. About three weeks ago, 68 Scarborough was hit with a cease-and-desist order from the city after zoning officials determined that the setup “doesn’t meet the definition of a family.”

You don’t have to be trying anything as expansive as the Hartford families to run afoul of the law.  As the Rental Property Owners Association explained, many zoning laws limit, sometimes sharply, the number of unrelated people who can live together, even if there’s plenty of space. The RPOA used the Grand Rapids zoning law as an example:

As you can see, paragraph (d) above would limit the number of college students living together in one unit to a total of four—unless, of course, all the students were brothers and sisters from the same biological family. (Other communities, especially “college towns,” have even stricter unrelated person limits—some as few as no more than one unrelated person. For example, if a brother and sister are sharing a rental unit while attending college, they may not be able to ask another person to live with them as the other person is unrelated to both the sister and brother—creating a two unrelated person situation.)

Pretty hard to set up a lay community or simply a shared home in those circumstances.  It gets even trickier if the zoning laws set down a maximum “two heatbeats per bedroom” rule — no paired bunk beds or someone routinely sleeping on a trundle bed in the living room allowed. The laws are set up to be accommodating of families of blood, but forbidding to families of friends — people who re-adapt the extended family model and become non-blood aunts and uncles and cousins to each other.  When your life already includes a tangle of aunts, like Rose in Eight Cousins, it’s simple to add more Aunties, whether or not they’re related to you.  But, as Andrew Yuengert points out at Front Porch Republic, the two kids and a dog model doesn’t just limit the role of the extended family by excluding them from everyday life, it limits how many Aunties you can expect to have:

We don’t need a chart to see that a reduction in family size reduces the number of siblings, but the fact that the number of parents and grandparents is stable may distract us from the collapse in the number of aunts/uncles and cousins. For example, when average family size falls from four to three, each person loses a sibling, of course, but he or she also loses four aunts and uncles and twelve cousins. The collapse to one child wipes out the siblings, but it also wipes out the aunts/uncles and cousins.

As the result of our family sizes, we have fewer natural aunts and uncles and cousins to include in our lives.  As the result of our zoning laws, we can lose the chance to build similarly intimate extended relationships as a supplement to our flesh and blood family.

February 4, 2015
Love and Real Estate, All About Location, Location Location
Next Post 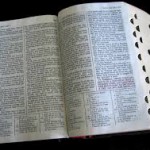 February 6, 2015 7QT: Translation, Codebreaking, and other language games
Recent Comments
0 | Leave a Comment
"Oh! And you can get there via Naval Gazing.(probably not by Navel Gazing...)"
TheSparksFlyUpward Too Sucky To Be True
"Hello, Deiseach!1. This is not an ad. (It always reassures me when someone says that!! ..."
TheSparksFlyUpward Too Sucky To Be True
""Do you honestly think that a child raised by a woman has no exposure to ..."
Zorin 2012 Queer Blogathon [Index Post]
"I'd love to see a video of how it works. keranique shampoo reviews"
Marlene Garza Welcome Camels with Hammers to Patheos!
Browse Our Archives
get the latest from
Catholic
Sign up for our newsletter
POPULAR AT PATHEOS Catholic
1

The Beginning and the Destiny of Humankind: Let...
On the readings at Mass for the Second Sunday of Lent....
view all Catholic blogs
What Are Your Thoughts?leave a comment
Copyright 2008-2020, Patheos. All rights reserved.