A few weeks ago, I hosted a discussion of “the Benedict Option” (ways for Christians to build institutions/habits to do better at providing community to each other / making living the faith feel less like a lonely pursuit) and Peter Blair of Fare Forward (the magazine sponsoring the event) has written up his thoughts.

The gathering’s discussion focused largely on concrete pressures on their faith that the participants face in their everyday life in D.C. Not much was said about an abstract diagnosis of American, or Western, culture, or about macro strategies Christians should employ to flourish in our context. We talked instead about very particular obstacles and how we can support each other through them. Near the end of the conversation, we all listed the resources we had at our disposal that might be helpful to others. This included everything from unorthodox work schedules, which free up time at certain days or hours, to possessions like cars. I found that exercise quite helpful—I’m used to thinking of resources in terms of material possessions, so learning to see something like an odd work schedule as a resources in this sense was a good re-framing for me

This part of our discussion, with its intense focus on micro practicality, already makes it quite different from the kinds of discussions Rod Dreher or others are having. There are lots of other discussions that can be had here, of course, especially those that trace micro pressures to macro problems. If you are too busy to pray, for example, there are certain individual choices you can make to help free up prayer time—or perhaps certain ways a community could help you find some time. But there may be a limit to how much space you can make if your busyness traces to large-scale pressures—say, economic ones. How much you think micro problems have macro backgrounds will affect how you analyze the pressures that face Christians and how you think we should respond.

One thing that struck me in our discussion was how often the barriers/points of friction people brought up weren’t problems of pluralism or explicitly political pressure.  There were a lot of problems simply caused by the amount of time work was expected to take up in our lives, the relative absence of people who could do anything for anyone during a work day (we had a few young parents, but not that many), and the fact that most of us couldn’t take on long-term responsibilities for a parish or other geographically-based community because, at our ages, the odds were fairly high we might move.

Some of those problems might be ones we want to tackle at the macro level (looking at you, ever expanding workweek, that probably doesn’t even help employers very much!), but in order to create the time and ties to make macro-level changes, we still need to find kludges at the micro level.

Plus, building little, fragile, probably temporary oases helps us field-test different Benedict Option strategies, gives other people who may have a more stable space ideas to steal/cautionary examples, and will probably help us refine our idea of what we most need to fight for at the macro level, based on what little micro-breaks from macro-pressures enable us to do.

Next up on my end: I’ve been using the two questions “What do I do alone that I could do with others?” and “What do I do privately that I could do in public?” as prompts for BenOp-ish ideas, and, thus, I’m opening my living room sometime soon for a little salon for people between jobs to work on applications, get feedback on resumes, practice interviews, etc.

Job applications always make me miserable, especially because the slew of rejections (or rather “Sorry you’re not even worth informing we rejected you”) makes it hard to hold on to feeling of worth.  Plus, I wind up with big blocks of lonely time, when everyone else is at work (if I’m between jobs, rather than changing jobs).

So, I’m hoping that bringing people together to “ora et labora” (pray and work) and eat together might be helpful.  I tend to think of this kind of intervention as not only being comforting but of being a sort of truth telling.  Being in a weird, precarious spot jobwise can isolate you both from others and from the honest truth about how you are valued.  My goal is restoring a connection to reality that would otherwise be clouded by circumstances. 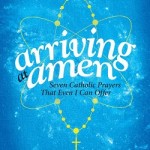 June 16, 2015
What To Do When You're Struggling With Catholicism
Next Post 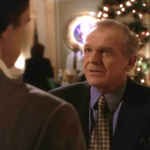 June 18, 2015 When People Offer Me Their Weaknesses As Strengths
Recent Comments
0 | Leave a Comment
"On that note... I recommend every Catholic and Christian have that post a read. Click ..."
Oktavian Zamoyski Effective Altruism and Caritas [Radio Readings]
"I think too many people have grandiose and unnatural ideas about charity. It becomes a ..."
Oktavian Zamoyski Effective Altruism and Caritas [Radio Readings]
"Jesus wasn’t resurrected as a great miracle simply in order to convince people to believe ..."
John The Two-Lazarus Problem
"The cartoon is amusing, but flawed. One of the four virtues of Stoicism is Justice; ..."
Vulpes Inculta 7QT: Stoicism Man, Semi-Imaginary Money, and ..."
Browse Our Archives
Related posts from Unequally Yoked