When People Offer Me Their Weaknesses As Strengths

I still haven’t mentioned my favorite thing that happened during the discussion I hosted on the Benedict Option.  In the final half hour of the conversation, we restricted the topic a little.  First, people were going to name resources that they had, which might be useful to the group.  Then people would basically make wishes (“I wish I had people to pray the Liturgy of the Hours with during the work day” “I wish I had people to volunteer with” etc.).  People were encouraged to name wishes that they weren’t sure that they could run/pull off, because it’s always possible that what would be a big project for you is a trivial one for someone else.

I wanted to discuss resources before wishes because I thought it might wind up emboldening people to ask for more, once they heard what other people were prepared to share.  And I wanted to make sure that people thought expansively about what could be a resource for our group.  To prime the pump, I mentioned that someone who had a car had a resource to share but that my very pregnant friend Sara was also going to have one when the baby came.  Whenever she brought her baby to an event, she’d be making it easier for a newcomer to feel comfortable bringing a child and was giving us all exposure to an infant (in a town that’s pretty age-segregated).  So the baby counted as a resource, just like a car did.

People named several kinds of resources I expected to hear (“My living room is large enough for bigger events,” “My work schedule is flexible — I can do things during the day,” “I can help with legal troubles/questions,” etc) but then I heard some resources offered that I hadn’t expected at all:

“I’ve had depression, if someone needs to talk to a person with experience…”

Once one person had volunteered a “resource” of this type, a lot of people jumped in, naming whatever had been hard in their life (or still was hard) as something they were willing to offer to the group.  Pretty much all in the spirit of this West Wing clip:

By the time we did get up to the “Wishes” segment of our talk, I just plain felt awed by the generosity of the people who had spoken.  They had offered what I had never thought to ask for. 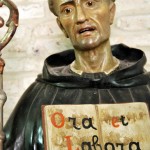 June 26, 2015 Sondheim Playlist for SCOTUS's Gay Marriage Decisions
Recent Comments
0 | Leave a Comment
"I'd love to see a video of how it works. keranique shampoo reviews"
Marlene Garza Welcome Camels with Hammers to Patheos!
"Logismoi (the plural of logismos) are a fairly simple concept; they are whispers from either ..."
Rob, Portland Logismoi, Vampires, and Other Intrusive Thoughts
"I imagine I’ll do a lot more reading and pick a lot more fights over ..."
Donalbain A little about the queer stuff
"You are part of a search and rescue for lost Catholics.Regular updates to the countdown ..."
Edward Palamar I’m keynoting at a Con for ..."
Browse Our Archives
Follow Us!

If You Shame A Sex Worker...
Steel Magnificat
Related posts from Unequally Yoked