Is “Kindness-Adjacent” A Useful Category?

Catherine Addington wrote a great piece on police brutality for AmCon (that happened to riff on one of my posts about unadvisable, rape-adjacent sex):

Bland’s death remains under investigation, but the dashboard camera footage of her interaction with Encinia shows the escalation of a warning for the failure to signal into the forceful detention of an epileptic woman. Surprisingly, much of what occurred between Encinia and Bland appears to have been legal, if imprudent. Encinia’s tactics could be called “brutality-adjacent policing,” in which the standard for behavior is the bare legal minimum rather than actively good policing.

The phrase comes from Leah Libresco’s reflection on California’s “affirmative consent” law, which Libresco called an attempt to minimize “rape-adjacent sex”—the “gray area” into which many rape cases fall, in which one partner believes he or she is behaving appropriately, while the other partner experiences the interaction as rape. Libresco continues, “Rape-adjacent sex gives cover to serial predators, who are believed to be the main driver of sexual assaults on campus, since the kind of sex they’re trying to have doesn’t look very different from the sex everyone else is already having.”

Brutality-adjacent policing works in much the same way: the officer believes he or she is behaving appropriately, while the civilian experiences the interaction as brutality. This way of policing gives cover to bad actors, because the kind of policing they are exercising doesn’t look very different from the policing everyone else, “good cops” and “bad cops” alike, is exercising.

I recommend Addington’s piece in full.  Seeing her extend my [bad thing X]-adjacent language got me thinking about where else this concept could be helpful.  I’m pretty confident there are a lot of [Bad X]-adjacent behaviors that are useful to make as such, where the X-adjacent thing gives cover to the really bad X, and is undesirable because it means you could slip into X when you thought you were doing ok, and it makes it harder to identify people who are deliberately doing the bad X.

But I’m wondering what happens if I talk about [Good Y]-adjacent behavior.  Is there any morally good Y such that I would want to encourage people to start doing something that was close to that good thing, but not quite the same, in the same way I’d encourage people not to have ambiguously-consented-to-sex, because I thought increasing the prevalence of the X- or Y-adjacent thing would increase the prevalence of X or Y?

The easiest thing I can think of is pro forma politeness and courtesy, which is sort of kindness-adjacent — you’re doing the thing you would do if you did care for the person, but not out of genuine care for them.  But normalizing the kind thing makes it easier for people to slip into the same pattern and offer something to others (even if not always wholeheartedly).

I’m kinda skeptical of my proposed extension, because politeness may be kindness-adjacent, but it’s far enough away from love that I’m not sure how much I expect people to slip from one category to another.  It fails the “Are you training the skill you actually want?” test — I don’t actually desire a world where doors are held so much as a world where people are sensitive to and wish to support the needs of others.  Holding doors is a knock-on effect of the attitude, but I don’t value it in itself.  Plus, I don’t really want the real Y (caritas) to become indistinguishable in people’s minds from the kindness-adjacent courtesy. 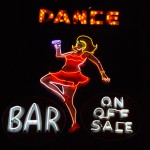 August 12, 2015
Positive Parenting and Pick Up Artistry
Next Post 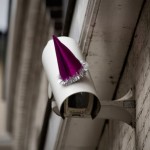 August 14, 2015 7QT: The Odder Errors of Computers and Humans
Recent Comments
0 | Leave a Comment
"On that note... I recommend every Catholic and Christian have that post a read. Click ..."
Oktavian Zamoyski Effective Altruism and Caritas [Radio Readings]
"I think too many people have grandiose and unnatural ideas about charity. It becomes a ..."
Oktavian Zamoyski Effective Altruism and Caritas [Radio Readings]
"Jesus wasn’t resurrected as a great miracle simply in order to convince people to believe ..."
John The Two-Lazarus Problem
"The cartoon is amusing, but flawed. One of the four virtues of Stoicism is Justice; ..."
Vulpes Inculta 7QT: Stoicism Man, Semi-Imaginary Money, and ..."
Browse Our Archives
Related posts from Unequally Yoked