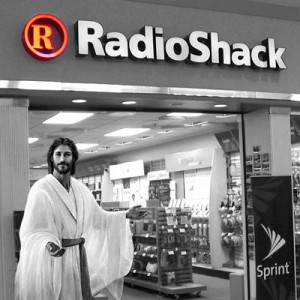 The American Family Association is calling for a boycott of Radio Shack. Why? Because in their holiday advertising Radio Shack uses the word holiday instead of Christmas.

The AFA regularly seeks to impose upon the world its particular brand of distorted Christianity by means of boycotts and similar campaigns, so this latest call to action is hardly a surprise.

Is this really how Christians want to make their voices heard? Do we really want to be known for demanding that others explicitly recognize and promote our religious holidays?

Would Jesus boycott a store that didn’t celebrate his birthday?

I don’t think so. I think he would have gone out of his way to shop at such a store, to engage with the people there, to show them the warmth, compassion, and love for which he gave his life. I think the petty economic activism advocated by the AFA is the antithesis of how Christians are supposed to interact with the world.

I don’t regularly shop at Radio Shack. But the AFA’s latest “campaign” sure makes me want to.

The AFA is asking its supporters to leave comments on Radio Shack’s Facebook page, and to call the company’s corporate office (817-415-3011, opt 0) to “let them know you are serious about taking your business elsewhere.”

I will be contacting Radio Shack. But I’ll be letting them know that, as a Christian, I wholeheartedly support their all-inclusive holiday advertising. I encourage you to do the same. If enough of us do that, maybe the AFA will learn something they seem to be missing about the real message of Christmas.

November 25, 2013
The Methodists, slavery, and homosexuality: is history repeating itself?
Next Post 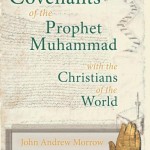 December 2, 2013 Review: "The Covenants of the Prophet Muhammad with the Christians of the World"
Recent Comments
0 | Leave a Comment
"6 Bible results for "be kind":2 Chronicles 10:7They replied, “If you will be kind to ..."
Jim E Jones Seven ways Christians blow it
"Uh...no?"
Tiny J Seven ways Christians blow it
"GOd came to save us from eternal separation from God by dying on a cross?Do ..."
Bones Did Jesus speak more about Hell ..."
"Eternal separation from God"
SPH Did Jesus speak more about Hell ..."
Browse Our Archives
get the latest from
Progressive Christian
Sign up for our newsletter
POPULAR AT PATHEOS Progressive Christian
1

Halloween Is A Celebration of Change,...
Thoughts of a Modern Celtic Wanderer
Related posts from Unfundamentalist Christians