The Methodists, slavery, and homosexuality: is history repeating itself?

The Methodists, slavery, and homosexuality: is history repeating itself? November 25, 2013 Don M Burrows

I grew up United Methodist. I was baptized and confirmed United Methodist, and remained a Methodist until my early adulthood, when I attended the Disciples of Christ briefly before joining my current denomination (the United Church of Christ).

One of the main reasons I have not considered rejoining the UMC in recent years is because of its stance on GLBT matters: in short, the current (2012) Book of Discipline states that

“the practice of homosexuality is incompatible with Christian teaching. Therefore, self-avowed practicing homosexuals are not to be certified as candidates, ordained as ministers, or appointed to serve in the United Methodist Church” (220).

The denomination extends this doctrine to same-sex marriage, so it was perhaps not surprising last week when a United Methodist minister was convicted and suspended by the church for 30 days and ordered to renounce his support for same-sex marriage.

It’s inevitable that at some point the United Methodist Church will openly affirm gay and lesbian marriages and clergy. Why? Because its own history and methodology (pun intended) point in that direction.

As I’ve written about before, American Protestantism is divided between ecumenical and evangelical camps. The ecumenical denominations are those we now consider “mainline,” and include roughly those denominations that belong to the National Council of Churches. The evangelical groups are those that, in contrast, have received the bulk of the attention (and membership) over the past fifty to sixty years or so. These are the denominations, led by the very large Southern Baptist Convention, that typically disallow women clergy and have been most vocal against homosexuality and abortion, and which defend these positions by appealing to a central, albeit relatively new, doctrine: that of Biblical infallibility.

It’s no coincidence that an approach to the Bible is at the fore of what distinguishes mainline and evangelical Protestantism. It was the embrace of science and scholarly Biblical criticism in the 19th century by the former, and their rejection by the latter, which led to the split that has in many ways defined Christianity in America ever since. Conservative Christians were (and still are) anxious about the revelations that have come from said scholarship: insights into the authorship, sometimes over generations, of specific books of the Bible before thought to have been written by a single, prophetic individual; insights into parts of the Bible that simply weren’t there in their original forms; and of course, the overall humanness that is revealed by studying the Bible critically in the same way we do any other piece of ancient literature.

These differing approaches are often revealed in subtle ways. You might hear a conservative, evangelical pastor refer to the Bible as “written by God,” or in the very least, he (for it’s always a he) will refer to “Matthew” writing the gospel named after him. But mainline ministers will more often refer to “the author” (because he is in fact anonymous) and “the authors of the Bible.” Even though mainline clergy certainly believe, as a whole, that the Bible is inspired, this distinction cannot be exaggerated. For mainline Protestants, the Bible was written by men, which requires us to examine its pages in light of history, contemporary literature, and scholarly criticism.

In this, the United Methodist Church is on pretty much the same page as any other mainline Protestant denomination. On page 82 of the Book of Discipline, the Methodists affirm:

We are aided by scholarly inquiry and personal insight, under the guidance of the Holy Spirit. As we work with each text, we take into account what we have been able to learn about the original context and intention of that text. In this understanding we draw upon the careful historical, literary, and textual studies of recent years, which have enriched our understanding of the Bible.

Like other mainline Protestants, then, the Methodists defer to modern scholarship. And this deferral takes shape most often with respect to historical context: parts of the Bible simply reflect the ancient ideologies of the authors when it was written. In broader scholarship, this has been extended to cases of homosexuality: what precisely Paul or others were envisioning when and if they spoke of homoeroticism is still an open debate, since the nature of sexuality in general in antiquity is still very much an open debate (and in any case will probably never be concluded to coincide perfectly with our own concepts of sexuality).

And while evangelical denominations speciously claim that Scripture prohibits abortion, the Book of Discipline, while reluctant on the issue, nevertheless affirms the legal right of abortion and trusts its members to enter into prayerful consideration when faced with such a decision:

“We call on all Christians to a searching and prayerful inquiry into the sorts of conditions that may cause them to consider abortion. We entrust God to provide guidance, wisdom, and discernment to those facing an unintended pregnancy” (113).

If the UMC can trust its members to act in accordance with their conscience on an issue as explosive as abortion, how can it continue to draw a hard line on homosexuality, an issue whose Biblical proof-texting is at least as questionable?

In fact, the Methodists (and most mainline Protestants) pay little heed to superficial proof-texting. As the Book of Discipline goes on to say:

While we acknowledge the primacy of Scripture in theological reflection, our attempts to grasp its meaning always involve tradition, experience, and reason. Like Scripture, these may become creative vehicles of the Holy Spirit as they function within the Church. They quicken our faith, open our eyes to the wonder of God’s love, and clarify our understanding.

These four — scripture, tradition, experience, and reason — are the so-called Wesleyan Quadrilateral, named after the denomination’s founder and the cornerstone of its methodology. In short, continued hostility toward homosexuality only meets one criterion of these: namely, tradition. As illustrated before, Methodists defer to mainstream Biblical scholarship, and there is hardly consensus to suggest that the “homosexuality” as understood by the ancients is the same kind of homosexuality with which we are dealing today. Reason also fails to hold up, as all medical, scientific, psychological, and other assorted scholarly professional disciplines agree that same-sex attraction is a perfectly normative expression of human sexuality.

Experience should be increasingly the most obvious persuader: the stance that “the practice of homosexuality is incompatible with Christian teaching” is increasingly out of step with the experiences of millions of people, whose gay friends, neighbors, and family members exhibit Christianity better than many. It is also increasingly out of step with the Methodists’ own clergy, who keep getting prosecuted for officiating same-sex ceremonies, leading thousands of ministers to petition the UMC hierarchy for an end to such trials.

And so, as Paul says to the unnamed interlocutor in Romans 2:1 who applauds or perhaps even utters the infamous condemnations of Romans 1:26-27, the Methodists are “without excuse.” Tradition is all that stands in the way of fully embracing gay and lesbian clergy and weddings, and tradition has been challenged before: women did not gain ordination rights in the Methodist Church until 1956 (and not in the Evangelical United Brethren Church until it merged with the Methodists in 1968). And even after taking a brave stance against slavery at the famous Christmas Conference in 1784, the Book of Discipline apologetically notes that “regrettably, the church gradually retreated from that courageous stand,” no doubt because so many considered slavery to be an institution sanctioned by the Bible. The church would go on to split over slavery, a north-south division that may well happen again over homosexuality.

If a split comes, let it come. There are times when courage should be shown even in the face of possible membership decline or financial loss (something that has already greeted most mainline denominations that have done the right thing); more and more Methodist clergy are coming around to that historic stand. Here’s praying there are many more willing to join them, so that a future Book of Discipline needn’t offer the same contrition it now feels over slavery. 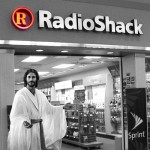