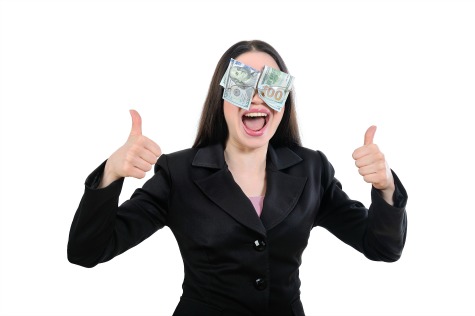 The reason anti-gay Christians invariably give for their conviction that homosexuality is an egregious sin against God is, “That’s what the Bible says.”*

“God said it, I believe it!” is their credo.

The question that raises is this: if you’re going to look to the Bible generally, and to the words of Jesus Christ specifically, for guidance and direction on how to live your life, then don’t you need to very assiduously attend to the actual words of Jesus?

Christ said it; you believe it. If you’re a Christian, that’s your deal. And if you’re a conservative Christian, you most certainly look to Jesus for critical input about anything and everything in your life that is of particular importance to you.

Here is what Jesus Christ said about money:

“Do not store up for yourselves treasures on earth, where moth and rust destroy, and where thieves break in and steal.” (Matthew 6:19)

“It is easier for a camel to go through the eye of a needle than for a rich man to enter the kingdom of God.” (Luke 18:25)

Nowhere in the Bible is Jesus more explicitly clear about anything than he is about money. He cuts off any and all wiggle room on the matter.

Because he does, I do not see how it is possible to avoid the conclusion that there is something profoundly wrong with any Christian who is not voluntarily as poor as the proverbial church mouse pointing to the Bible as justification for the condemnation of gay people.

* Nowhere in the Bible does Paul or anyone else say that homosexuality, in and of itself, is a sin.

A version of this piece appears in John Shore’s book UNFAIR: Christians and the LGBT Question. (NOOK edition.) 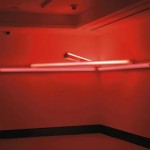 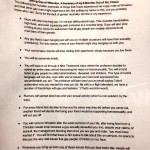 February 1, 2014 Something needs to change here
Recent Comments
865 Comments | Leave a Comment
"6 Bible results for "be kind":2 Chronicles 10:7They replied, “If you will be kind to ..."
Jim E Jones Seven ways Christians blow it
"Uh...no?"
Tiny J Seven ways Christians blow it
"GOd came to save us from eternal separation from God by dying on a cross?Do ..."
Bones Did Jesus speak more about Hell ..."
"Eternal separation from God"
SPH Did Jesus speak more about Hell ..."
Browse Our Archives
Related posts from Unfundamentalist Christians