Is “Biblical Truth” all that matters? 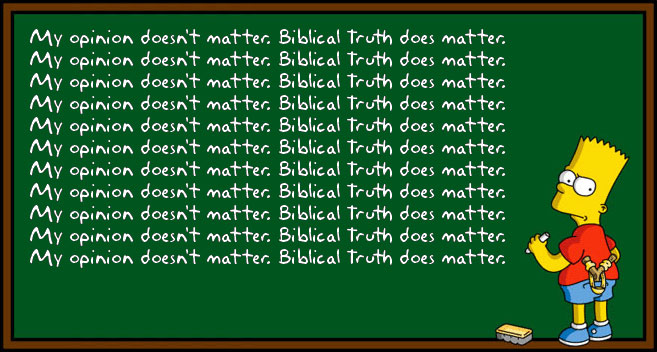 One of the hallmarks of American Evangelicalism is its dogmatic biblicism. This understanding of the Bible goes far beyond mere love and respect for Scripture, instead functioning as a distorted trinity composed of God, Jesus, and the Bible, with the Bible acting as virtually the only means through which we can properly come to God.

It is the Bible that is at the center of Fundamentalist and Evangelical faith, and it is the absolute, inerrant, and infallible authority of the Bible that many Christians cling to as the essential doctrine of Christianity. The Holy Spirit is relegated to an afterthought. Logic and reason are of questionable value. Experience and emotion are sure to mislead. Tradition and church teaching have their place, but only insofar as they support Scripture.

This biblicism was succinctly expressed in a commentary by conservative pastor Jim Garlow entitled “The Source of Wisdom.” Dr. Garlow said:

There is truth that goes beyond us. It predates us. It will outlive us. It’s called ‘Biblical Truth.’ … What’s your source of wisdom? Ultimately my opinion matters little. And sorry to say, neither does yours. But there’s a truth that does matter. It’s called ‘Biblical Truth.’ Some will say, ‘Well, according to who’s interpretation? The answer: according to the collective minds of authentic followers of God for the last two thousand years. Others will argue, ‘well it’s his interpretation against yours, right?’ No, the Bible was written plainly. Tearing up a baby in the womb is anti-biblical. Redefining marriage is anti-biblical. Depriving people of expressing true creativity through excessive governmental control denies the integrity of the human spirit–it’s anti-biblical. The Bible can spare us a lot of pain–personally and nationally–if we’ll read it and follow it.

It’s precisely this sort of unnuanced understanding of the Bible’s appropriate role in the life of a Christian that has led to so much discord within the church. It’s this sort of tortured logic that drives non-Christians up the wall. And it’s the advancement of the Bible as a panacea for life’s problems–and its inevitable failure to live up to that expectation–that leads so many Christians to walk away from their faith.

There is no “biblical truth,” there is simply truth. Whether truth comes from the pages of your ESV Study Bible or your favorite atheist blog, it’s just as true. Christians who only seek answers within the pages of a written text are ignoring the vast and bountiful resources that God has made available to us. And claiming that the Bible functions as the very foundation of truth–the “source of wisdom”–is nothing less than bibliolatry. The Bible itself teaches, and Christians down through the ages have always held, that God is the source of truth and wisdom.

Garlow is right to raise questions about biblical interpretation, but fails to address them in any meaningful way. He defers to tradition and a “plain” reading of the text as a sufficient counter to any hermeneutical conundrums. But there is no way we can accurately poll the “collective minds” of the last two thousand years, and when we do know the theological opinions of ages past, they often disagree with one another. We should take tradition seriously, but we should never blindly defer to a supposed traditional interpretation of Scripture when given good reason to do otherwise.

Contrary to Dr. Garlow’s opinion (which, in his own words, “matters little”), the Bible wasn’t “written plainly.” Reading translations of ancient texts from vastly different cultures is rarely a matter of straightforward understanding, and even the writers of those texts often eschewed plain meaning. The Bible is full of metaphor and nuance, subtlety and simile, poetry and allegory. Jesus’ own words regularly confuse and confound his disciples–he seemed to delight in not speaking “plainly.”

Holding to such a flat view of Scripture allows one to easily impose personal opinions and positions upon the text. Labeling certain positions on controversial issues as “biblical” or “anti-biblical” when, in reality, the Bible doesn’t directly address our modern situation in relation to any of those issues is not only dishonest, it’s a blatant abuse of the Scripture that Evangelicals claim to respect. Deferring to the “biblical” answer to these issues is nothing more than theological doublespeak, a not-so-subtle way of saying “God’s on my side in this argument.”

Reading and understanding the Bible is as much art as it is science. In light of that fact, I offer up as far more useful and relevant than Garlow’s precepts of tradition and perspicuity, the Nine Theses put forth by The Scripture Project of the Center of Theological Inquiry as presented in the book The Art of Reading Scripture:

These principles, while definitely not the final word on Biblical interpretation, nevertheless offer a robust starting point for better understanding how Christians might relate to the Bible. The Bible isn’t a rule book; it’s not a guide for political action, and trying to follow it–whatever that may mean for an individual or a nation–certainly won’t “spare us a lot of pain.”

But if we as Christians take our faith seriously, and therefore take the Bible seriously, it’s incumbent upon us to wrestle with the meaning of our text. We must never settle for pithy commentary or the snap-judgements of supposed “biblical truth.” Instead we must embrace tension and ambiguity, learning from the journey of interpretation, and remaining ever open to new and diverse understandings of the Bible. 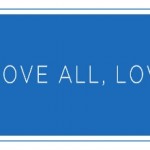 January 17, 2014
To oppose a negative is a positive
Next Post 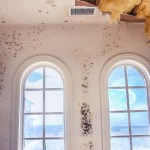 January 23, 2014 You know how sometimes
Recent Comments
15 Comments | Leave a Comment
"6 Bible results for "be kind":2 Chronicles 10:7They replied, “If you will be kind to ..."
Jim E Jones Seven ways Christians blow it
"Uh...no?"
Tiny J Seven ways Christians blow it
"GOd came to save us from eternal separation from God by dying on a cross?Do ..."
Bones Did Jesus speak more about Hell ..."
"Eternal separation from God"
SPH Did Jesus speak more about Hell ..."
Browse Our Archives
Related posts from Unfundamentalist Christians