To oppose a negative is a positive

To state that you oppose a negative is a positive.

We are not, however, purely oppositional. What we stand for and believe in is here. 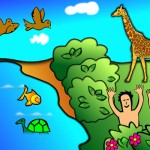 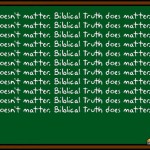 January 21, 2014 Is "Biblical Truth" all that matters?
Recent Comments
42 Comments | Leave a Comment
"6 Bible results for "be kind":2 Chronicles 10:7They replied, “If you will be kind to ..."
Jim E Jones Seven ways Christians blow it
"Uh...no?"
Tiny J Seven ways Christians blow it
"GOd came to save us from eternal separation from God by dying on a cross?Do ..."
Bones Did Jesus speak more about Hell ..."
"Eternal separation from God"
SPH Did Jesus speak more about Hell ..."
Browse Our Archives
Related posts from Unfundamentalist Christians