Top 7 claims for why homosexuality is “unnatural” refuted 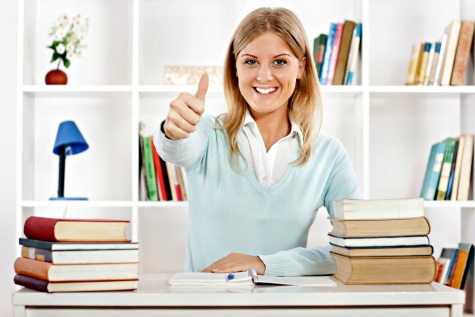 Anti-LGBT groups routinely claim that homosexuality is “unnatural.” Let’s look at the seven most common arguments offered in support of that claim, shall we?

Also, no one accuses straight couples who can’t reproduce—elderly or infertile couples, for instance—of being sinful when they marry and have sex. If it is sinful to have non-reproductive sex, then the ire of anti-gay groups should be directed at these people as well. But it’s isn’t, because reproduction is not really the concern of such groups. Gay people having sex is.

3. Homosexuality is an evolutionary dead-end, and would therefore not occur naturally.
False. First, a lot of genetic conditions are evolutionary dead-ends, as they cause either death in childhood or infertility. But no one denies the existence of such conditions. Natural selection does not mean that a reproductively negative trait will be eliminated in the gene pool, but only that it will not typically be selected—and so will remain relatively uncommon.

Second, while a trait may have negative reproductive outcomes for an individual, it may have some advantage in other individuals carrying the same trait. For instance, it’s theorized that carrying one allele for sickle-cell anemia may significantly increase one’s resistance to malaria. Likewise, while a gay male may not reproduce, it’s been noted that his female relatives are often more reproductively successful, so it’s theorized that one gene that may contribute to homosexuality when carried by a man also contributes to reproductive success when carried by a woman.

4. Since there is no proof of a gay gene, people are not born that way.
Disingenuous. This intentionally ignores that very few inherited conditions are the result of a single gene, that there are obviously epigenetic* factors at play in the development of a person’s sexuality, and that intrauterine hormones have also been shown to affect sexual orientation, gender identity, and sexual expression. Autism is also not associated with a single gene, but we’d hardly claim that it is not biological, or that children choose to be autistic.

5. Homosexuality is caused by childhood abuse, parental neglect or emotional distance, and other factors of upbringing, not biological factors.

False. Numerous scientific studies have proven this is simply not true. There is absolutely no reason to blame parents for their child’s sexual orientation. Indeed, there is no reason to “blame” anyone.

6. Sexual orientation can be changed by ex-gay therapy, so it’s not a permanent state.
False. People have been trying for at least 150 years to find techniques to change sexual orientation. While sometimes, if rarely, such technique result in changes of behavior, none result in a change of orientation. Even people who have benefited from the ex-gay movement admit it does not change orientation. As Alan Chambers, president of Exodus International (the once preeminent but now defunct ex-gay therapy program), put it in 2012, “The majority of people that I have met, and I would say the majority meaning 99.9% of them, have not experienced a change in their orientation … .”

7. If everyone were gay, the human species would die out.

That’s true. And … ? Seriously. If everyone had any number of inherited conditions the human species would die out. Are we going to judge everyone with those conditions as being sinful and/or unnatural? We have over 7 billion humans on this planet. It’s okay if a few members of the species are incapable of or disinterested in pairing up with a member of the opposite sex to produce babies. That’s also ignoring the fact that we have artificial insemination readily available.

* Epigenetics refers to how genes are expressed—whether the gene in a particular cell is turned on or turned off—rather than the genes themselves. Such gene expression can be inherited from one’s parents, and can also differ from one’s parents due to environmental factors.

Lynette Cowper is a Christian who is active in her church’s worship and drama ministries. As a parent of two children, one on the LGBTQIA spectrum and one on the autism spectrum, she has a deep passion toward justice for those society too often sees as outsiders. Lynette blogs at A Rindle of Words. 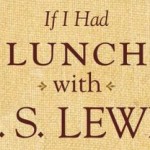 April 4, 2014 Godly Christians: Don't stop at World Vision! Keep going!
Recent Comments
173 Comments | Leave a Comment
"6 Bible results for "be kind":2 Chronicles 10:7They replied, “If you will be kind to ..."
Jim E Jones Seven ways Christians blow it
"Uh...no?"
Tiny J Seven ways Christians blow it
"GOd came to save us from eternal separation from God by dying on a cross?Do ..."
Bones Did Jesus speak more about Hell ..."
"Eternal separation from God"
SPH Did Jesus speak more about Hell ..."
Browse Our Archives
get the latest from
Progressive Christian
Sign up for our newsletter
POPULAR AT PATHEOS Progressive Christian
1