Are Atheists Just Rebelling Against God? 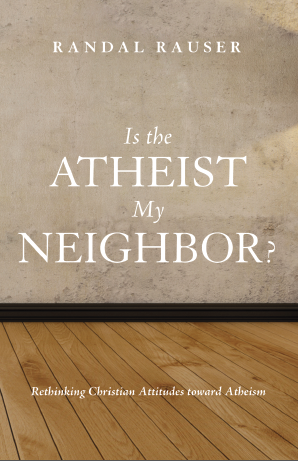 We’re all familiar with the atheist caricature: that rude and crude purveyor of mockery and disdain for everything religious. We’ve encountered him in “God’s Not Dead,” we regularly see him (or more rarely, her) being pilloried on conservative Christian blogs, and there’s a whole cottage industry of Christian apologetics books that are intent on serving the righteous smackdown to atheists. In the words of theologian Randal Rauser, “These days within the Christian community, especially within North America, the atheist has assumed the mantle of the despised and distrusted social pariah on the margins.”

Rauser has had enough of the vitriol and is on a mission to alter the course of dialogue between Christians and atheists. His slender but robust new book, Is the Atheist My Neighbor?: Rethinking Christian Attitudes toward Atheism (Cascade Books, $15), tackles the Christian disdain for atheism head-on, with a call for Christians “to repent of prejudices against atheists.”

Is the Atheist My Neighbor? offers a comprehensive and decisive refutation of the widely-held Christian perspective that atheists actually do believe in God. This viewpoint is what Rauser calls the Rebellion Thesis: “While atheists profess to believe that God does not exist, this disbelief is the result of an active and culpable suppression of an innate disposition to believe in God which is borne of a hatred of God and a desire to sin with impunity.”

The Bible is often used to support the Rebellion Thesis, and so Rauser closely examines the supposed biblical grounds for vilifying atheists, including Psalm 14:1, Ephesians 2:12, and Romans 1:18-21, concluding that, despite popular opinion, “these texts do not address the intellectual atheism of modern Western society … and so they offer no direct support for the Rebellion Thesis.”

Rauser also gives ample space to a fair and honest explanation of what atheism actually entails (and what it doesn’t) through an extended conversation with atheist (and Patheos blogger) Jeffrey Jay Lowder. When was the last time you’ve read a Christian book that lets an atheist describe their beliefs and the reasons for those beliefs without attempting to refute them?!

Is the Atheist My Neighbor? closes with a clarion call for Christians to embrace a new attitude towards atheists by actively working to transform hostility into hospitality. Rauser offers practical advice on how individuals and churches can engage with atheists, not with the goal of evangelizing and converting, but simply out of a desire to love our neighbors.

Although this book is primarily addressed to Christians (especially those Christians who think atheism is really just rebellion against God), atheists are also likely to benefit from Rauser’s wisdom. By clarifying the source of Christian animosity towards atheists, he provides cogent grounds for deflecting that criticism. If I were an atheist, I’d be tempted to keep a supply of this book on hand to give out to Christians. As a Christian, I’ll gladly share it with other Christians who need encouragement and guidance on how to lovingly relate to our atheist neighbors.

Find out more about Is the Atheist My Neighbor? at RandalRauser.com. 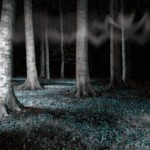 July 22, 2015
The Paranormal Conspiracy: The Truth about Ghosts, Aliens and Mysterious Beings
Next Post 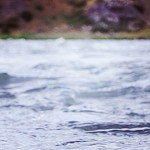 July 27, 2015 I Would Have Defended My Abuser, Too
Recent Comments
0 | Leave a Comment
Browse Our Archives
Related posts from Unfundamentalist Christians 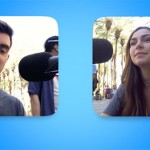